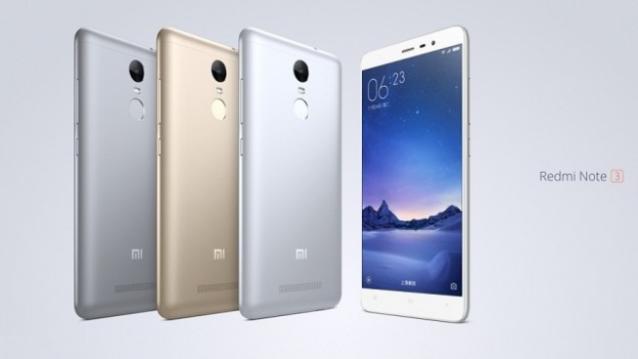 The Xiaomi Redmi Note 3 smartphone is basically a refreshed Redmi Note 2 that comes with upgrades such as an all-metal body, a fingerprint sensor and a larger 4000 mAh battery. The smartphone retains the MediaTek Helio X10 chipset and 2GB LPDDR3 RAM along with the 5.5-inch full HD Display, 13 MP primary camera and 4G dual SIM support from the Note 2.

Coming to Xiaomi’s tablet offering – the MiPad 2 – is more of an all-new product with refreshed design and new internals. The device packs in a sharp 7.9 inches display with 2048 x 1563 pixels, which is protected by an all-metal build that is not only thinner, but lighter compared to the previous MiPad as well.

Inside, Xiaomi has gone with a quad-core Intel Atom X5-Z8500 processor coupled with 2 GB of LPDDR3 RAM and Intel HD graphics for the GPU. Memory options are limited to 16 GB and 64 GB variants. There is also an 8 MP camera unit on the back, while the front-facing one is a 5 MP unit.

Powering it all is a 6190 mAh battery and the device also features USB Type-C port for charging and data transfer.

Lastly, Xiaomi’s next surprise product is the Mi Air Purifier 2. The new model has grown smaller and lighter, but posses a larger CADR of 388m3/h. CADR is a measure of the ability of an air purifier to deliver clean air and stands for clean air delivery rate.