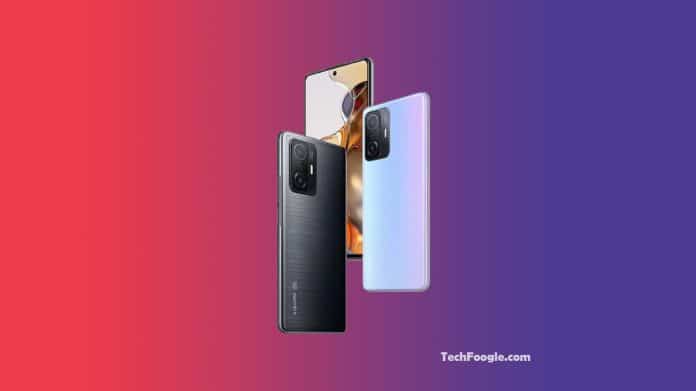 Today, Xiaomi unveiled the Xiaomi 11T Pro in India. The “Hyperphone” is a high-end model that has everything Hyper, such as 120W HyperCharge, 120Hz Hyper Display, and a lot more. Here’s a rundown of all it has to offer.

Here’s a peek at the design before we get to the specifications. Along with a Corning Gorilla Glass Victus-coated punch-hole screen, the smartphone features a rectangular back camera hump and a minimalist design. It looks similar to its predecessor, the Mi 10T Pro, but there are a few differences to distinguish it. It comes in three colourways: Celestial Magic, Meteorite Black, and Moonlight White, and has an Anti-Glare matte surface rear panel.

The Qualcomm Snapdragon 888 chipset, which is also featured in the Mi 11X Pro and Mi 11 Ultra, handles all of the work for the Xiaomi 11T Pro. Up to 12GB of LPDDR5 RAM and 256GB of UFS 3.1 storage are available. There’s room for up to 3GB of additional RAM.

There’s a 108MP main camera with the HM2 sensor, an 8MP ultra-wide camera with a 120-degree FoV (field of view), and a 5MP tele-macro camera with focusing capabilities. The front snapper has a resolution of 16 megapixels. End-to-end HDR10+ for photographs and videos, 4K films at 30fps and 60fps, 50+ director modes, Portrait mode, and more are all supported.

The Xiaomi 11T Pro is powered by a 5,000mAh battery with 120W HyperCharge capability. This quick charging technology made its debut in India earlier this month with the Xiaomi 11i HyperCharge. This is said to charge the phone completely in just 17 minutes. Xiaomi also claims that the phone’s battery may remain intact even after 800 recharges, resulting in just 20% wear and tear. It is powered by MIUI 12.5 Enhanced Edition, which is based on Android 11. The phone will receive three years of major upgrades and four years of security updates.

The Xiaomi 11T Pro is available in three RAM+storage configurations. The following are the prices:

With this, the Xiaomi 11T Pro competes with smartphones such as the OnePlus 9RT, Realme GT 5G, and others. Today, at 2 p.m., the phone will be available for purchase on the company’s website, Mi Home, Amazon India, and retail locations. Additionally, Citi Bank cards come with a discount of roughly Rs 5,000 as well as an exchange offer of Rs 5,000.