Xiaomi launches the Redmi 4 in India, to be available on Amazon and the Mi Store; prices start at Rs 6,999 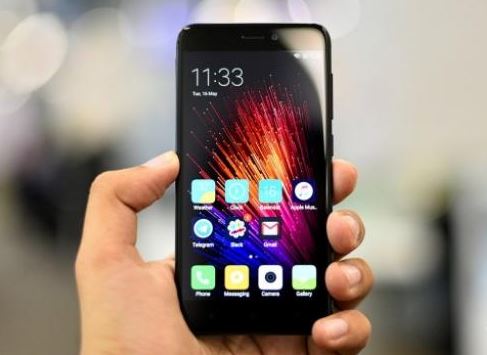 Xiaomi announced its most affordable 4G smartphone, the Redmi 4A, back in March. Today the company has announced another sub-Rs 10,000 smartphone for the Indian market, the Redmi 4.

Priced at Rs 6,999, the new Redmi 4 will be available exclusively on Amazon India (via an open sale) and Mi Store starting from Rs 6,999. The smartphone will go on sale starting at 12 PM on 23 May 2017. Interested buyers can even pre-order the device now and pick it up at a Mi Home store.

The Redmi 4 was first launched along with the Redmi 4 Prime in China back in November 2016.

The smartphone offers similar features as last year’s Redmi 3S Prime. The Redmi 4 is powered by an octa-core Qualcomm Snapdragon 435 processor and sports a 5-inch HD (1280×720 pixels) display. There is an Adreno 505 GPU to handle the graphics, along with 2 GB of RAM and 16 GB of internal storage on the base model. The storage can be expanded further using a microSD card.

Our commitment to making smartphones in India continues with Redmi 4 – yes, it’s made in India #Redmi4 pic.twitter.com/u98cCZzJMb

Xiaomi has launch two additional variants of the Xiaomi Redmi 4 alongside the base model with the middle one priced at Rs 8,999 with 3 GB RAM and 32 GB internal storage. The third and highest model of the Redmi 4 packs 4 GB RAM along with 64 GB internal storage for Rs 10,999.

As for the cameras, you get a 13 MP rear unit with an f/2.2 aperture, 5-lens system, PDAF, and dual-LED flash while on the front there is a 5 MP camera with an f/2.2 aperture. There is a 4,100 mAH battery with fast charge support and also a fingerprint sensor at the back. Connectivity options include 4G LTE, Wi-Fi, Bluetooth 4.1, FM Radio, GPS/ A-GPS/ GLONASS, infrared and microUSB 2.0. Xiaomi pointed out that it will launch a special Android 7.0 Nougat Preview version with MIUI 8.