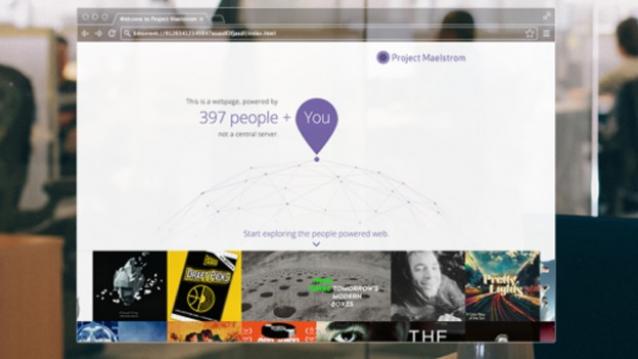 The beta version of BitTorrent’s experimental, torrent-based browser ‘Maelstrom’ is now available for download. The browser is based on Chromium (an open-source web browser project from which Google Chrome draws its source code), which allows websites to work over the BitTorrent protocol and be hosted by peers, without the need for any servers.  Even though this is a Chromium-based browser, BitTorrent will not officially support Chrome extensions and apps from the Chrome Web Store.
As of now, Maelstrom is only available for Windows users who can download the browser from here. BitTorrent promises that future versions of the browser will soon be available for Mac and Linux users as well.

TechCrunch pointed out that setting Maelstrom into beta version will mean ‘opening the project to more people’. This will be helpful for people who might be interested in a first look at the browser and they will get an opportunity to see what content distribution might look like on a torrent-based service.

Maelstrom works just like any other regular browser that accesses sites over standard HTTP/HTTPS protocols. With this browser, web pages can be delivered via peer-to-peer torrent technology which is very different from the traditional server-to-client system.

In conversation with VentureBeat, Product Manager Robert Velasquez said, “The biggest limitation right now is the amount of content. It’s a new way to publish, and as such, there’s not many websites published as torrents.”He added that their biggest goal with the release was to get developers involved and to know what they needed in order for them to start publishing websites in this manner.

BitTorrent says that it has already seen some healthy interest including more than 10,000 developers and 3500 site publishers. The company has also released developer tools, which will make it easier for publishers along with developers to create torrent-packaged content for the browser.