Torrent websites: Imposing a jail term and penalty for ‘viewing’ torrent is ridiculous 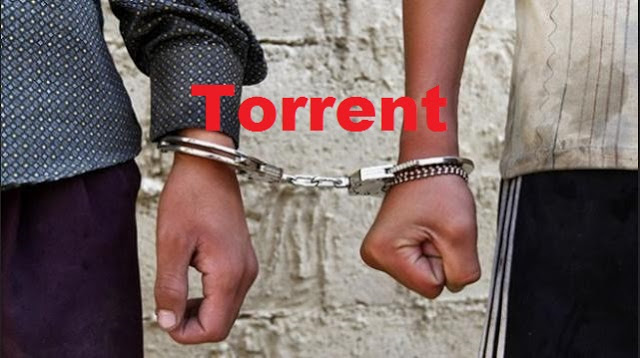 The latest move by Department of Telecommunications to crack down on Internet Piracy is one ridiculous decision in a long time. According to the move, people ‘viewing’ the torrent websites can face up to three years of jail time with the addition of Rs 3 lakh penalty just for technically ‘visiting’ the torrent website. The absolute lack of logic and foresight in the decision extends from the vague language mentioned in the warning. There is no official announcement or mandate out in public to outline the decision and the working of the process. 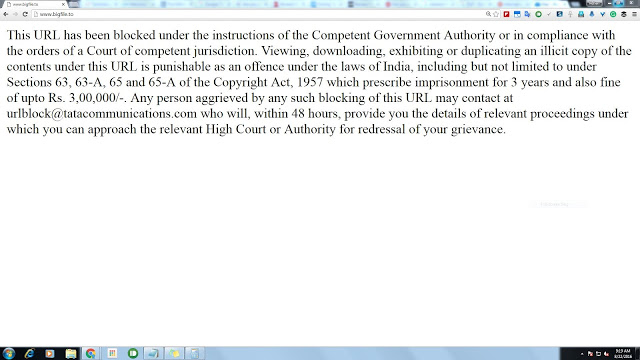 According to the Internet Society, India currently ranks 96th regarding average download speeds on the internet out of 144 ranked countries in 2014. According to Akamai, India has the lowest internet speeds in the Asia region in the countries where the survey was conducted with 2.5 Mbps download speeds despite the doubled adoption rates for broadband. Things are as bad on the mobile connection zone where India along with Kenya has the highest average load times at 7.4 seconds according to the report despite the rollout of LTE (4G) and upcoming VoLTE.

Time and again the recommendations by TRAI are not followed by Internet service providers and telecom companies citing issues. Issues range from lack of infrastructure and high cost of building the infrastructure. The latest move comes after the recent ban on 857 serving pornographic content which included websites like Github, Weebly, Vimeo, Pastebin and Dailymotion. This time too, there are sites like imagebam and uploadable as reported by IndiaToday and Deccan Chronicle which have nothing to do with torrenting.

Torrent websites themselves are not illegal and are used by major corporations to distribute large data dumps along with an open platform for independent artists to put out their content directly to their fans. Tech companies like the non-profit open source Linux distribution, Ubuntu puts up its installation images and distributes them as an alternative using torrent. Back in mid-2013, BitTorrent Inc, the private company that is responsible for the development of BitTorrent communication protocol, launched BitTorrent Bundles.

Bundles, a format exclusive for authorised content improved on its business model with the initial offering of ability to download free files in exchange to email addresses as reported by LATimes. The company later added advertiser-sponsored downloads in addition to paid downloads. The format helped BitTorrent hit 100 million file shares within a year in 2014. The company recently launched its streaming service, BitTorrent Now, based on BitTorrent protocol. All this will be deemed illegal, accessing this authorized content using torrent websites.

Another reason that makes this move ridiculous is the fact that there are not many official options to watch the varied content. Indian streaming services like Hungama, ErosNow, Hotstar, Spuul, Voot, BigFlix, and BoxTV don’t have great libraries. Netflix launched earlier this year in India, but the Internet in the country is not well equipped for online streaming. Netflix states that the internet connection should have at least 3Mbps for standard quality viewing, 5Mbps for HD quality and 25Mbps for Ultra HD quality. With the current average download speed of 2.5Mbps, it is impossible to watch any content being offered by Netflix. The country is not even capable of supporting SD, standard quality content.

To put this in perspective, on average internet speed in India, all three price plans, Basic, Standard, and Premium are useless for an average Indian.

Internet Service Providers (ISPs) have not taken any stand on the ban and follow the government mandate on websites to ban to avoid any trouble. However, the bans are sometimes limited to major ISPs and local ISPs don’t care about the bans. This lax attitude by local ISPs makes them highly sought after in addition to better speeds at lower prices.

The current bypass methods still work at the time of writing this, which include ‘https’ trick where you replace ‘http’ in the URL with ‘https.’ However, this trick is only limited to the website that supports and is end-to-end encrypted from server to the end user. Other methods include using a proxy or browsing proxy websites.

Though, if this warning turns into an actionable example to take legal action against users then India might just have turned itself into the biggest market for VPN service providers. VPN or Virtual Private Network enables users to access the Internet without any censorship and limits. There are multiple VPN service providers ranging from free offerings to paid VPN service providers like IPVanish, vyprvpn, NordvPN that offer their services. These services charge a nominal Rs 500-800 per month to provide uncensored internet.
To conclude, Department of Telecommunications should figure a move which does not put a sluggish approach at blanket banning anything and everything. Instead, a fine approach in restricting access to copyrighted material should be implemented to separate legitimate content on torrent websites. In addition to refining the workings, they should also put out a specific mandate outlining the warnings instead of a dangerously vague warning. But above everything else, they should work on formulating a plan to provide robust Internet speeds to consumers across operators, throughout India.