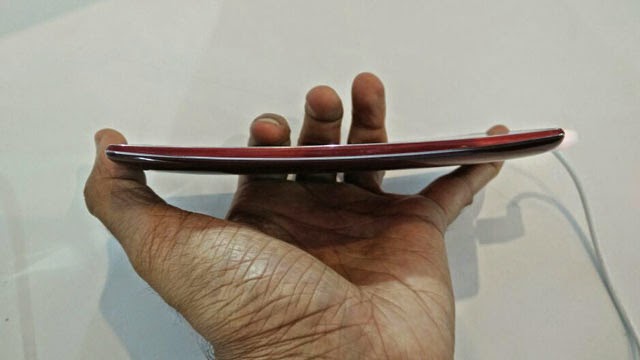 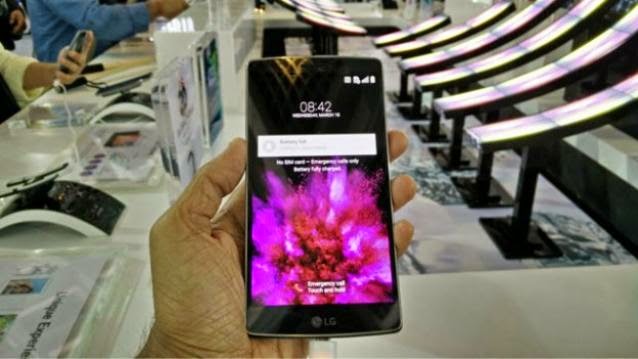 LG has launched the LG G Flex2 in India today at the LG Tech show in New Delhi. This second generation curved phone from LG will start selling by the end of this month and will be priced at Rs 55,000.

We had some hands on time with the device and here are our first impressions of the LG G Flex2.

LG G Flex2 comes with the curved glass design which is its USP. According to LG, the G Flex2 is curved in four areas: the front screen curved at 700R; the rear cover curved at 650R; edges curved at 550R and the top and bottom edges curved at 400R. The device looks beautiful and at 5.5-inches comes with the usual issues faced by any 5.5-inch phone. The glossy back doesn’t help matters and although not as smooth as the LG G3, the G Flex2 still needs to be gripped carefully. One handed operation is difficult for all the functions.

The phone is quite light. The rear cover is removable and it comes  with a self healing back cover thanks to the polycarbonate finish on it. The battery is non removable though. You get two colour variants – red and grey. The sides are clean and like the LG G3, the power/standby button and the volume rocker buttons are located on the rear side just under the camera. The headphone jack is place on the bottom edge along side the microUSB port. On the top you have the IR blaster. The speaker section is located at the base on the rear side.

The LG G Flex2 comes with a 5.5-inch full HD display. The display is sharp thanks to the Plastic OLED display which offers deep blacks. While the display is quite glossy, text legibility wasn’t an issue. We will have to test it outdoors still to give a complete verdict. 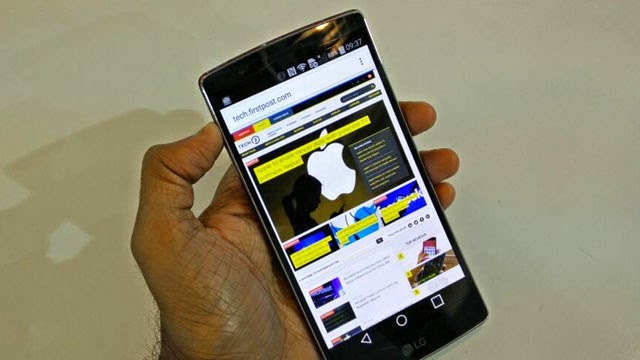 While the display is quite glossy, text legibility wasn’t an issue.

The LG G Flex2 comes with Qualcomm’s flagship 64-bit Snapdragon 810 SoC which has a 2.0GHz octa-core processor paired with 2GB of RAM. Thanks to such powerful internals, the phones response is buttery smooth. It runs Android 5.0 Lollipop OS with LG UI 3.0 which is LGs proprietary skin. The phone should run through everything you throw at it with ease including heavy gaming. But we will test that out when we get the review unit.

It comes with a 32GB internal storage and this is the only variant that will be selling in India. The phone does come with a microSD card slot. 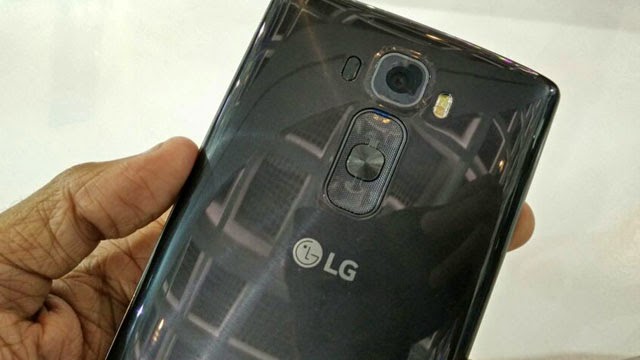 The rear cover is removable and it comes with a self healing back cover thanks to the polycarbonate finish on it.

The LG G Flex2 comes with a 13MP rear camera with advanced OIS+ (optical image stabilisation). On the rear side just beside the camera you will notice a dark oval shape which basically hides the Laser AF system which is used for quick focussing, a feature that was also seen with the LG G3. The focus acquisition is quick indeed but with tricky lighting conditions at the demo booth, it was not always spot on.

On the front you have a 2.1MP camera which supports gesture controls for taking selfies. After taking a gesture selfies (by closing your palm into a fist) when you get the phone to view it, the camera automatically shows you the preview, also called as Gesture view. 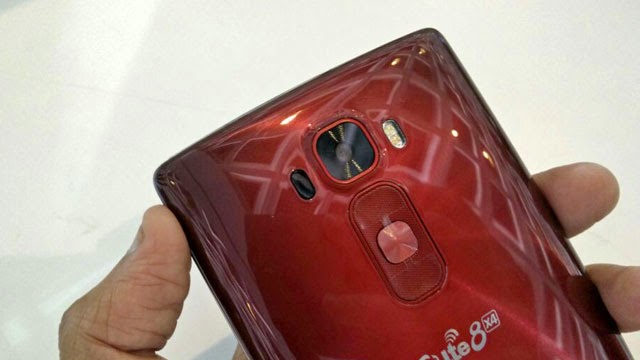 The LG G Flex2 houses a 3000mAh battery which may seem less when compared to other 5-inch and over phones such as the Galaxy Note 4, OnePlus One, Sony Xperia Z3 and so on. But LG claims that the battery paired with Snapdragon 810 SoC is quite efficient and lasts long. Also according to LG, you can charge the battery from 0 to 50 percent in 38 mins. Again, we will have to test these claims when we do get a review sample.

On first glance the LG G Flex2 looks every bit the flagship device one expected from LG. It comes with a fast processor, sharp display and a decent camera. The phone is certainly a good improvement over the first gen LG Flex. We will have to see how fast it is indeed over its contemporaries as this is the first Qualcomm Snapdragon 810 SoC sporting phone to be launched in India. At Rs 55,000, this phone is certainly targeted at a niche market and will be in competition with Apple’s iPhone 6 Plus, Samsung Galaxy Note 4 as well as the upcoming Galaxy S6/S6 Edge (provided they’re priced  competitively). We will find out how it fares soon enough.

In the meantime, let us know what you think of the price point for the features on offer.