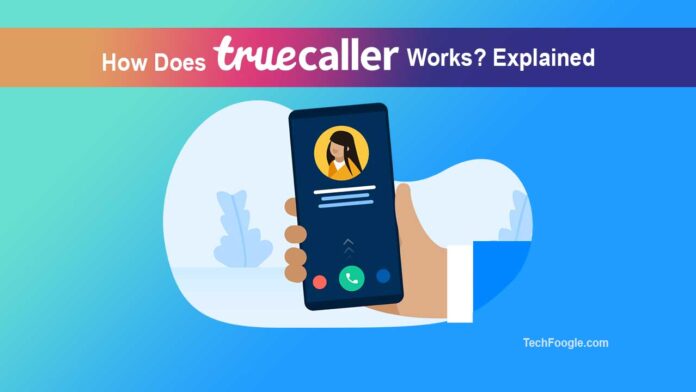 How Truecaller Works: Truecaller is an app that you should have on your phone, whether you use Android or iOS. Its numerous features make it one of the greatest contacts and dialer apps available.

What is Truecaller, exactly?

Truecaller is essentially an app that determines who is contacting you. This type of caller identification is important for detecting telemarketers, spam calls, and scammers.

Truecaller classifies callers as Spam or Safe based on contact information from network providers and data from other users. The hue of the incoming caller’s contact indicates whether or not it is spam. A blue contact card normally indicates that it is safe to pick up, but a red contact card indicates that you should not.

Truecaller determines who is calling by utilizing user phone books and user input. This is a privacy concern that we will address eventually. Truecaller, on the other hand, is the best for the basic goal of detecting callers you don’t have in your contact list.

However, the application has gone above and above, adding additional features that make it even better.

Before calls, how does Truecaller display caller ID?

Truecaller has been blowing people’s minds since the release of the premier caller ID platform in 2009.

The mobile app now displays caller IDs before the call is connected.

However, few individuals comprehend exactly how Truecaller accomplishes this feat.

Several others have also asked the Swedish corporation to explain how their method works.

We now have an answer.

First, let’s go over how caller IDs work in preparation.

Truecaller claims to use the internet on the caller’s smartphone.

It assists you in determining what to do with an incoming call.

Security continues to be a concern.

According to Truecaller, you may disable the function. If you’re still not persuaded, Truecaller claims that the functionality, which requires notification permissions to function, can be turned off by simply stopping the app from sending alerts via phone settings.