Firechat app allows users to message without an internet connection 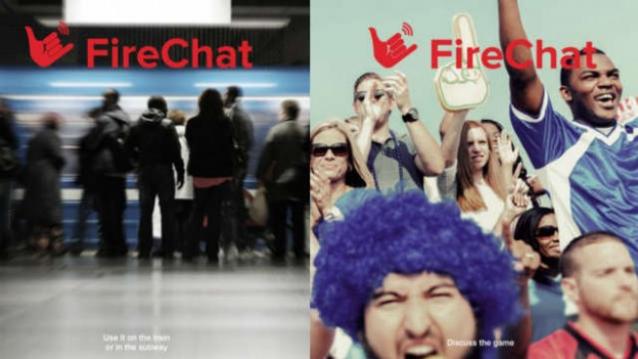 In a new innovative approach, FireChat, a mobile app for iOS and Android, lets users chat and message each other without having a working mobile data connection.

In April 2014, we heard how “the technique might someday be used to tie together thousands of devices with built-in radios and make it possible to be online without having to pay for the access. It could also enable online communications in remote areas or disaster zones without Wi-Fi or cellular signals. Furthermore, the conversations in these so-called “off-the-grid” networks can’t be easily hacked into by spies and mischief makers or shut down by governments trying to stifle free speech.”

According to the BBC, “The app links phones via their Bluetooth and WiFi signals, but can use internet connections when available. FireChat has become popular with users congregating in large crowds, such as at music festivals and protests, where mobile signals may be overloaded. Previously, conversations via the app were chatroom-based and public. The move to enable end-to-end encryption makes FireChat the first widely-used social mesh network which claims to offer private communications.”

Quoting Richard Tynan, a technologist at Privacy International, the BBC report added, “Firechat’s announcement that it will seek to provide end-to-end encrypted messaging is a positive step for privacy. However, it remains to be seen whether the quality of these implementations actually lives up to the claims. For many at risk individuals, the security of their communications can be a matter of life and death. It is vital, therefore, that claims about security can be verified and tested independently.”