The Iceland team that grabbed headlines at Euro 2016 has been left out of Electronic Arts’s highly-anticipated FIFA 17 video game due to a dispute over image rights, the country’s soccer chiefs said. The Football Association of Iceland told Reuters it was approached by EA after the team’s successful run at the European Championship, but it turned down the company’s offer of $15,000 to use its image rights in the hugely popular game, which comes out annually and features club and international teams.

Icelandic FA president Geir Thorteinsson said EA, which has yet to respond to a request for comment from Reuters, declined to negotiate and the game will be released without the Icelandic team. Thorsteinsson said that while he says he understood their position, he was disappointed with how the company had behaved.
“They were under pressure and maybe they would need more time to discuss these things,” he said, “but it’s about fair and open negotiations, about respect and how you deal with us. “I feel very badly treated by this hugely profitable company,” he added. The decision by the FA to reject the offer has in turn upset the Icelandic players that wowed the sporting world at Euro 2016 this summer. The team, representing a nation of just 330,000 inhabitants, knocked out England before they were eventually beaten by hosts France in the quarter-finals of their first major tournament.

“You can compare it to if someone wants to put you on an album if you’re a small recording artist,” defender Kari Arnason told Reuters after training with his Swedish club Malmo FF. “Obviously, in my opinion you take the opportunity to make your music heard worldwide. The decision has been made and you can’t change it, but in my opinion they should have done it.”

Arnason said that most of the players he had been in touch with would be in the game anyway with their club sides, but that it would have been good for Icelandic football to have the international side in there too. “It was a chance to get the Iceland brand and the logo on the kit and everything out there,” he explained.

“There’s no question in my mind that Errea, who makes our kit, would have sold more jerseys if we would have been on there.”

Icelandic fans have also contacted the country’s FA to express their disappointment. “I know that the gamers are unhappy about it,” Thorstenisson said. “But I see it (being in the game) as a business opportunity, but I always say that the best marketing opportunity for us is to do well on the pitch and deliver good results.” 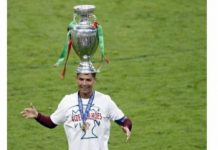 Ronaldo lifting the euro 2016 trophy turned into the top second... 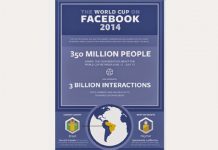 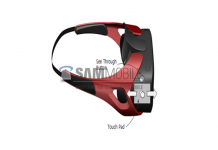 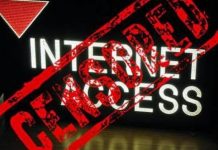