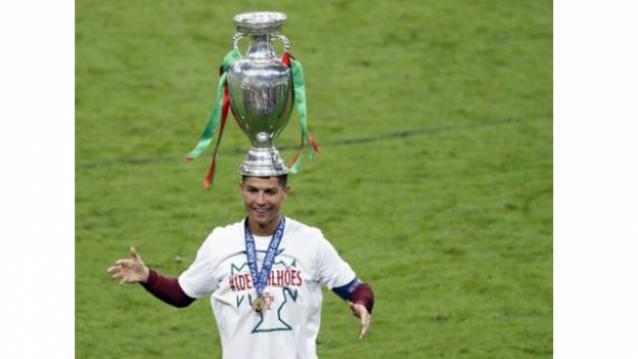 This year’s UEFA European Championship in France was one of the most talked about sporting events ever on Facebook, with Cristiano “Ronaldo lifts the trophy” being the top moment (globally) in the final match.

The Final of the UEFA European Championship had 45 million people having 146 million interactions, the social networking giant said in a statement on Monday.

The top five moments in the match (globally) were “Ronaldo lifts the trophy” on the first spot, “Éder’s goal” on second while “Final whistle” was at the third spot, followed by “Ronaldo goes off injured” and “Kick off” at the fourth and fifth spots, respectively in the final match.

Pepe (10 per cent), Nani (seven per cent), Dimitri Payet (six per cent) and Ricardo Quaresma (five per cent) made it to the “Most discussed players in the final” list.