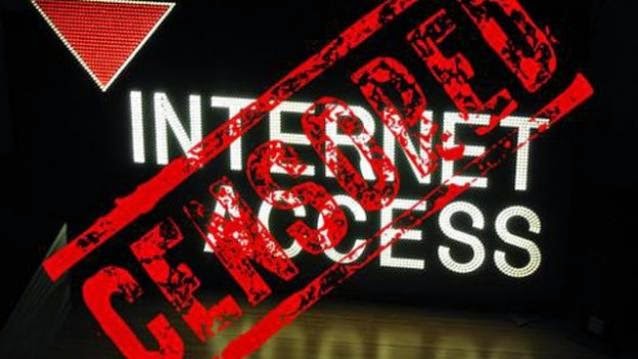 Update: Medianama reports that according to a new order 219 websites have been blocked and that no Google websites are mentioned in the list.

As per instructions from the Delhi High Court, over 450 websites, including Google Docs, Google Video and Goo.gl, the company’s URL shortening service, have been blocked in India.

The blockage has come after a complaint by Multi Screen Media, the media company that is broadcasting the 2014 FIFA World Cup in India, on TVs, as well as through Internet streaming and mobile apps. Sony, which owns MSM, has alleged that websites are infringing on the broadcasting rights owned by the company and have also caused a loss to the government’s exchequer which is robbed of the service tax, that is applicable when users use official sources such as Sony’s website and mobile apps for streaming. In its complaint, MSM names 472 websites, including Google Docs, Google Video and Goo.gl, and a host of file-sharing and file-storage sites.

It must be noted that the order was passed on June 23, though it has only been sporadically implemented. In our testing, we found Docs and Google Video to be functioning properly, while streaming sites such as atdhe.eu did not open on cellular data or a broadband connection. MediaNama says BSNL users are able to evade the blockade by moving to OpenDNS or GoogleDNS. Google told the website that its services are running as expected and that there’s no change in their status.

The full list of websites can be seen here. It includes file storage and sharing services such as Mega, Bitshare, Rapidshare, Multiupload and others, and regional MP3 download sites, and torrent sites such as The Pirate Bay. While many of the sites named enable illegal downloads or streaming, the inclusion of Google Docs or Google Video is baffling. Google Video is simply a video search engine, which usually links to YouTube, which has been scraped clean of official World Cup content by FIFA.

Google Docs is perhaps the biggest surprise. At the most, it could have been used to share and spread around a list of sites streaming the World Cup, but beyond that we fail to see how it might have infringed on MSM’s copyright. It also looks like the list is a tad outdated as it names docs.google.com, a URL which now redirects to drive.google.com, the company’s one-stop cloud-based office productivity suite.