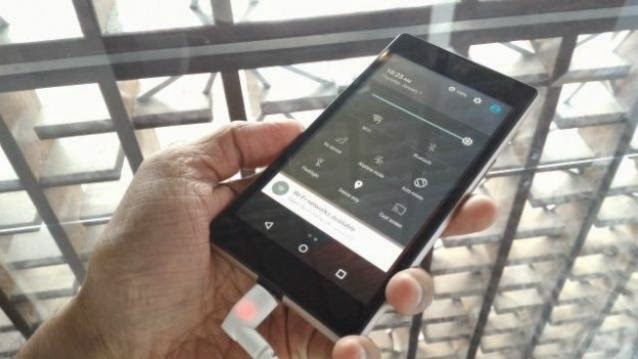 Recently, a new report claimed how China is no longer the most important market for Chinese phone makers, instead it is India. Over the past couple of years there has been an onslaught of Chinese phones in India, and some have even compelled us to shed the not-so-good image we have of Chinese brands.

Xiaomi is at the forefront when it comes to rebuilding the image of Chinese manufacturers here. From flash sales to products at jaw-dropping price points, the company has managed to make a mark in India. Today, it is among the top 5 phone vendors here. So, it is not surprising when our home-brewed Micromax looks at it like as one of its biggest competitor, and yesterday’s product launch only made it more evident.

Micromax has been trying to take on ‘Mi’ with its ‘Yu’ brand. Micromax’s subsidiary Yu has launched its second product here dubbed Yuphoria. Going by its predecessor Yureka, one would have expected a high-end product with better specs. However, the company decided to foray into the uber-budget segment with watered down specs carrying a price tag of Rs 6,999.
The Rs 6,999 price tag is the most sought after these days. It was Motorola who actually pushed manufacturers to build devices at this price point, but the Moto E second gen failed to recreate the magic.

The Xiaomi Redmi 2 is well specced, but Yuphoria turns out to be tad better with more RAM, onboard storage and front-camera for selfies. Moreover, Cyanogen OS 12 comes with some cool features like Truecaller integration, app themer and more. This makes it quite evident that the company is now going head on with Xiaomi.

The company didn’t just stop there. Yu also launched the YuFit band to take on the Mi Band. The band does everything you would expect from a Mi Band, and in addition comes with a small OLED display. Micromax has also gone ahead and priced it at Rs 999, just like the Mi Band.

It will be interesting to see how the Yu Yuphoria sells, considering the Xiaomi Redmi 2 has a couple of months’ lead over it. Also the Mi Band has sold out in the last couple of flash sales that were held. Yu will start selling Yuphoria from May 28 onwards, the registrations for it have begun yesterday.

Also the YuFit band will start selling from June onwards and you can register with your email IDs for the same.