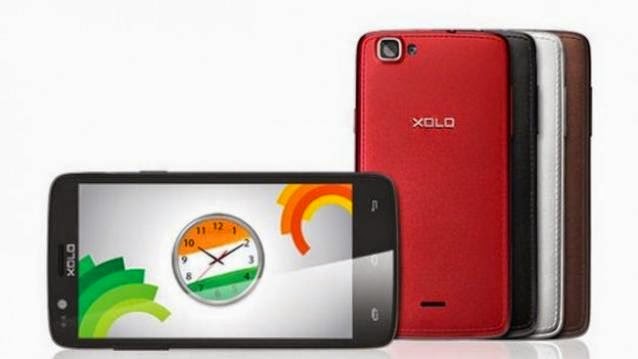 Xolo One was listed on the Xolo website yesterday and is selling for Rs 6,599. Although it comes with the Android 4.4.2 KitKat OS, Xolo claims that it is upgradeable to Android 5.0 Lollipop. While the naming convention may sound similar to the Android One handsets, we did not notice any Android One branding on the company page. Also the availability dates are not yet out, but with Diwali just around the corner the release shouldn’t be far.

Xolo One is powered by the MediaTek MTK 6582M SoC which features a 1.3GHz quad-core CPU paired with a 416MHz Mali 400 GPU. It comes with a 4.5-inch 854 x 480 pixel display like we’ve seen on Android One handsets. The distinguishing feature of the Xolo One is its leather back cover which comes in four colours including brown, white, red and black.

The Xolo One comes with 1GB of RAM and 8GB of internal memory which is expandable to 32GB. On the camera front, we get a 5MP BSI sensor camera with fixed focus. There are the regular bundle of sensors such as accelerometer, ambient light sensor and proximity sensor.