A couple of weeks ago, Google gave away the fact that a Google Play edition (GPe) of the Galaxy S5 was in the works by accidentally placing an image of the Galaxy S5 running stock Android on the Play Store. Earlier today, the Galaxy S5 Prime was found to have received Bluetooth certification, but as the folks over at The Droid Guy uncovered, the Galaxy S5 Google Play edition might have received blessings from Bluetooth SIG as well. An SM-G900FG is listed on the Bluetooth SIG website, and the G at the end of the model number is a pretty good clue
that we’re looking at the non-TouchWiz stock Android-toting version of Samsung’s latest flagship smartphone.
Of course, it’s possible this might not be the GPe variant, but considering the fact that the Galaxy S4 Google Play edition also had a G attached to the end of its model number (GT-I9505G), it doesn’t leave much margin for error. Apart from running stock Android (though with a few changes here and there by Samsung, like added support for the company’s flip covers), the GPe variant should feature the same hardware as the European model of the standard Galaxy S5 (SM-G900F). We’re not sure when it will go on sale, but it shouldn’t be too long now that its Bluetooth radios have been certified. 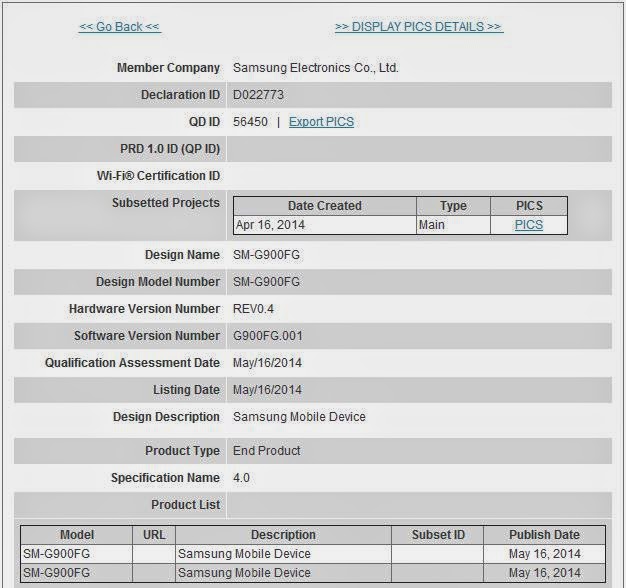