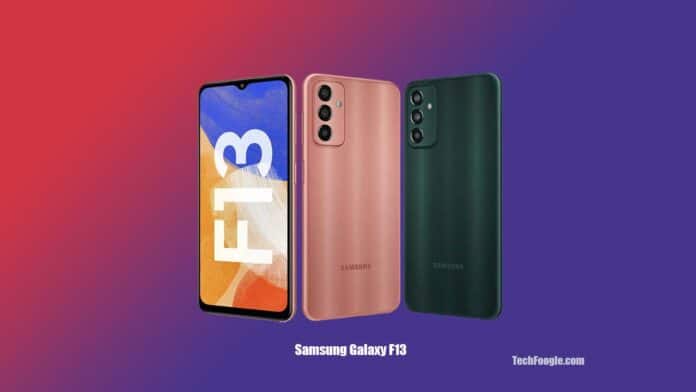 As predicted, Samsung has unveiled the Galaxy F13, a new affordable smartphone in its F series, in India. The smartphone is comparable to the Galaxy M13, which quietly entered the worldwide market last month. The phone is the successor to the Galaxy F12 and includes a 6,000mAh battery, an Exynos 850 CPU, and other features.

The Galaxy F13 has a design similar to the Galaxy M13, with three back cameras positioned vertically and a waterdrop notched display. It has a 6.6-inch Full HD+ LCD display but no high refresh rate capability. The Galaxy F12, as previously stated, has a 90Hz screen.

Like its predecessor and the Galaxy M13, the smartphone was launched with an Exynos 850 SoC. The phone has 4GB of RAM and a storage capacity of up to 128GB. A memory card may be used to enhance the storage capacity by up to 1TB. Furthermore, RAM Plus is supported for additional RAM, reaching up to 8GB.

The Galaxy F13’s camera setup includes a 50MP primary camera, a 5MP ultra-wide lens, and a 2MP depth sensor. For selfies and video calls, the front boasts an 8MP camera. The inclusion of a 6,000mAh battery, which also powered the Galaxy F12, is the primary feature. The battery is capable of 15W quick charging. The device runs Samsung One UI 4.1 on Android 12.

There is also support for a side-mounted fingerprint sensor, Face Unlock, the Auto data-switching capability, and other features. The Galaxy F13 is available in three colours: Waterfall Blue, Sunrise Copper, and Nightsky Green.

Beginning on June 29, you may purchase it in India via Flipkart and Samsung’s website.