Redmi Note 11 Series Launching Tomorrow: Everything we know so far 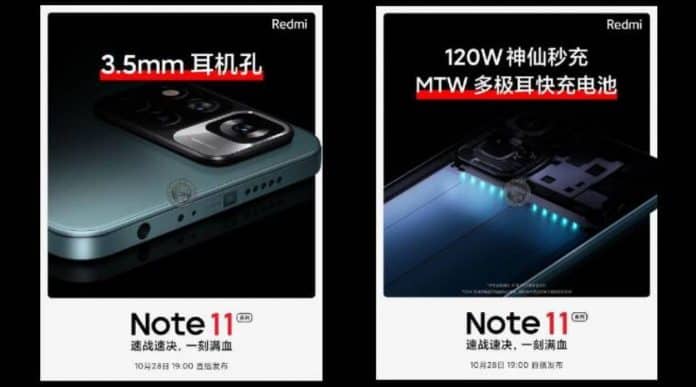 The Redmi Note 11 series is set to launch tomorrow: Here’s everything we know so far about the design, camera, and display.

The Redmi Note 11 Series is set to launch in China on October 28 (tomorrow), and the company has already given a few facts about the new device. Smartphones Redmi Note 11 Pro and Redmi Note 11 Pro+ The new range replaces the Redmi Note 10 series, which was introduced in India in March of this year. Although no word has been received from the company on the launch of smartphones in India, given the popularity of its predecessor, it is likely that the devices will be accessible in the country soon. Here’s everything we know about the forthcoming models so far.

All smartphones in the Redmi Note 11 lineup are said to sport an AMOLED display with a refresh rate of 120hz. According to several rumors, the smartphones would include a centrally located punch-hole camera. According to the photos released by the firm, the devices would be available in at least two color variations.

There are three options

While Redmi hasn’t announced the arrival of the Redmi Note 11 lineup in India, the phones are expected to come in the coming months. However, not all of the phone’s specs from the China versions may be carried over.

Xiaomi reduced the charging speed of the Redmi Note 10 series India model compared to the China variant last year, and similar modifications are possible this year. When the new phones are released on October 28, more information should be accessible.