Nothing Phone (1) will be Manufactured in India, According to the Company 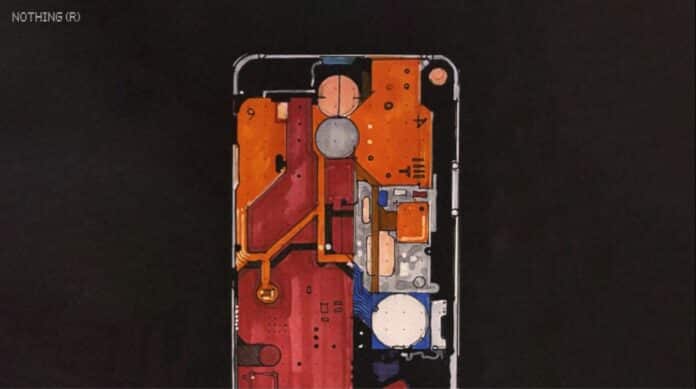 The Nothing phone (1) is only a month away from being formally unveiled, and we’re sure to learn more about it before then. The Carl Pei-led business previously revealed its design and has now announced that the Nothing phone (1) would be built in India.

Nothing phone (1) will help to promote the “Made in India” Campaign.

We are thrilled to announce that every @Nothing phone (1) sold in India will be manufactured locally.

This is the real start of our journey and we cannot think of a better way to establish ourselves in India, which is a key market for us.https://t.co/6c2RdTWOer

This news follows a recent leak that said Nothing’s first phone will be made in Tamil Nadu. Indeed, this is the case. The phone’s battery, on the other hand, will be manufactured in China. Nothing will also build 270 service facilities in 250 locations to provide easy customer assistance and ‘year-round support via the Nothing India channels,’ according to the press release.

Sharma also highlighted that India is a significant market for Nothing in an interview with ET Telecom. “Nothing phone (1) is the true beginning of our adventure, and we cannot imagine a better method to introduce ourselves in India, which is a critical market for us,” he added.

Nothing has been teasing and marketing the introduction of the Nothing phone (1), which is set to take place on July 12. It just released a teaser revealing the phone’s (1) flat-edge design and metal chassis. It has already been confirmed that the gadget would include a transparent back panel to expose its internals, similar to the ear (1).

The Snapdragon-powered Nothing phone (1) will run Nothing OS, which is based on Android. However, specific specifications are not yet accessible. If reports are to be believed, the device will have a Snapdragon 7 Gen 1 SoC, 50MP rear cameras, a 90Hz display, wireless charging capabilities, Android 12 out-of-the-box, and a slew of other features. The phone is expected to be in the mid-segment.

Because these specifics have yet to be revealed, we must just wait for additional information. Stay tuned to this section for updates!