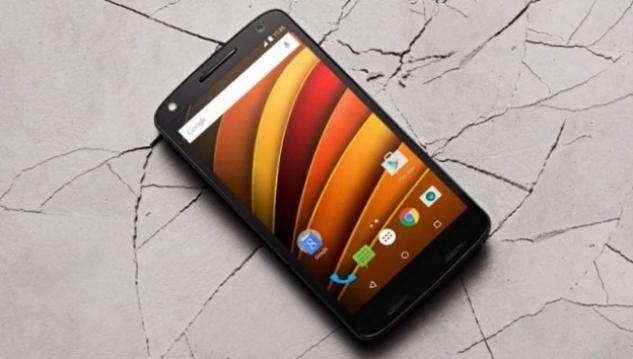 Just a few days before Motorola is expected to launch the Moto X Force smartphone, the device has been listed online on Amazon, without any details regarding price and availability. The main USP for the device is its ‘ShatterShield’ display.

At its thinnest, the device measures 7.6mm and sports a 5.4-inch AMOLED QHD display. Under the hood, it gets a Snapdragon 810 octa-core processor, 3GB RAM and Adreno 430 GPU. The company has put some thought in the battery too. It’s not just whopping 3,760 mAh battery that promises about two days of power, but also both supports Qi and PMA wireless charging. The Moto X Force will be made available in 32GB or 64GB storage, but both come with microSD card slot up to 2TB.

On the camera front, it gets a 21MP camera with f/2.0 aperture, autofocus, dual LED flash, HDR and 4K video recording. It comes with a 5MP front-facing camera with f/2.0 aperture and also promises good low light performance and a front-facing flash. It also faces a front loudspeaker along with five mics for advanced noise cancellation. Motorola gives fingerprint sensor a miss, but does come with NFC support.

This month, Motorola India had also begun teasing its fans via social media channels about its Moto X Force smartphone. The smartphone which is available in the US, was advertised to sport a shatterproof display, and was compared with the Samsung Galaxy S6 and the iPhone 6s in drop test.