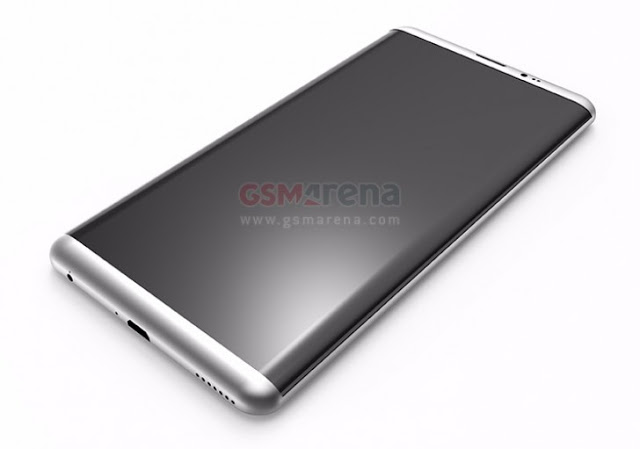 Not long ago we found out that the announcement date for Samsung’s highly anticipated Galaxy S8 could be March 29, and now we finally have a purported release date to speak of too. According to a new report, the S8 will go on sale on or around April 21.

This information is allegedly coming from “several well placed sources”. They also claim there will be two S8 versions, as we heard before, one being bigger than the other but both sporting curved displays like past edge-branded handsets from Samsung. They will each feature an iris scanner and a nearly bezel-less front, something that’s been revealed already in some renders we exclusively got our hands on.

Compared to the S7 and S7 edge from last year, the new models should be as big or slightly smaller overall, while at the same time boasting larger screens thanks to the aforementioned lack of bezels. In fact, Samsung wasn’t even able to place its logo on the front of the S8 duo, because the top and bottom bezels are just that small.

Also as a result of this, the fingerprint scanner has moved to the back, in a first for any Samsung high-end smartphone. The 3.5mm headset jack has not been killed off, thus your analog headphones will be able to connect to the S8 sans dongles.

The main camera will be an incremental improvement compared to what was shipped in the S7 series, with better image quality, low-light performance and speed. It will come with built-in object recognition, as previously rumored.

The S8 should arrive with 64GB of base built-in storage, double the amount of its predecessor. The microSD card slot hasn’t gone anywhere. A USB Type-C port will be used for charging. An AI assistant will ship with the S8, though the name Bixby hasn’t been confirmed this time around.

An intriguing accessory for the S8 models will be called DeX (short for desktop extension), and will enable Continuum-like functionality, essentially turning the phone into a desktop computer when connected to a monitor and keyboard.