New Samsung phones show up on GFXBench, including another mid-range 64-bit device 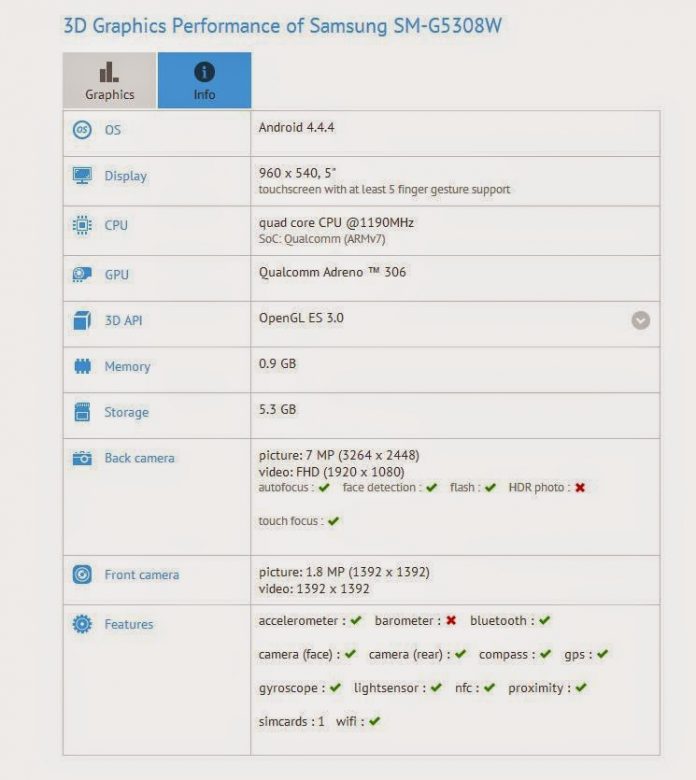 aving padded its budget smartphone lineup with four new devices in one go, Samsung might now be preparing to launch multiple new handsets in the mid-range and high-end segments. Two unknown Samsung handsets have shown up on GFXBench, with model numbers SM-G5308W and SM-G8508S, and both are pretty interesting. Starting with the SM-G5308W, the phone is listed as having the Snapdragon 410 CPU, a 64-bit chip that was also discovered powering another Samsung handset recently with rather similar overall specs.

Perhaps more interesting is the SM-G8508S – this particular device has a 4.7-inch 720p display and a Snapdragon 800 processor along with 2GB of RAM, hinting at a flagship-level device (naturally from the

2013 era, since we have more powerful chips on devices today) with a screen smaller than standard flagships. A similar handset – the SM-G750A – had shown up earlier this year but has, as of yet, failed to make an official appearance, and similarly high-end hardware in a compact form has already been seen on Samsung’s clamshell phones.

Both phones are powered by Android 4.4.4 and also sport NFC connectivity. Judging by the model numbers, these handsets might just be exclusive to the Chinese and South Korean markets, though variants for other markets might exist as well. We will have to wait for further details to leak to see what Samsung is up to here. 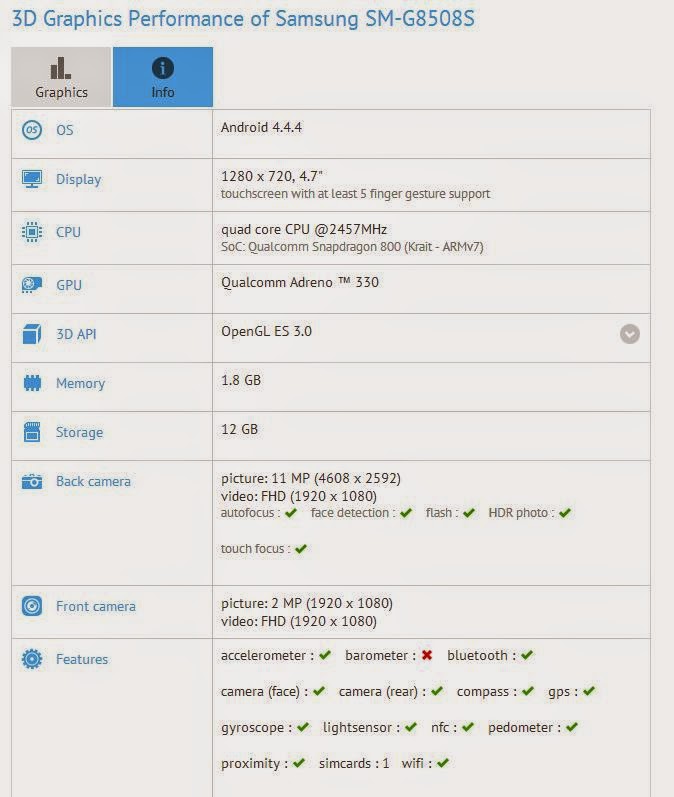 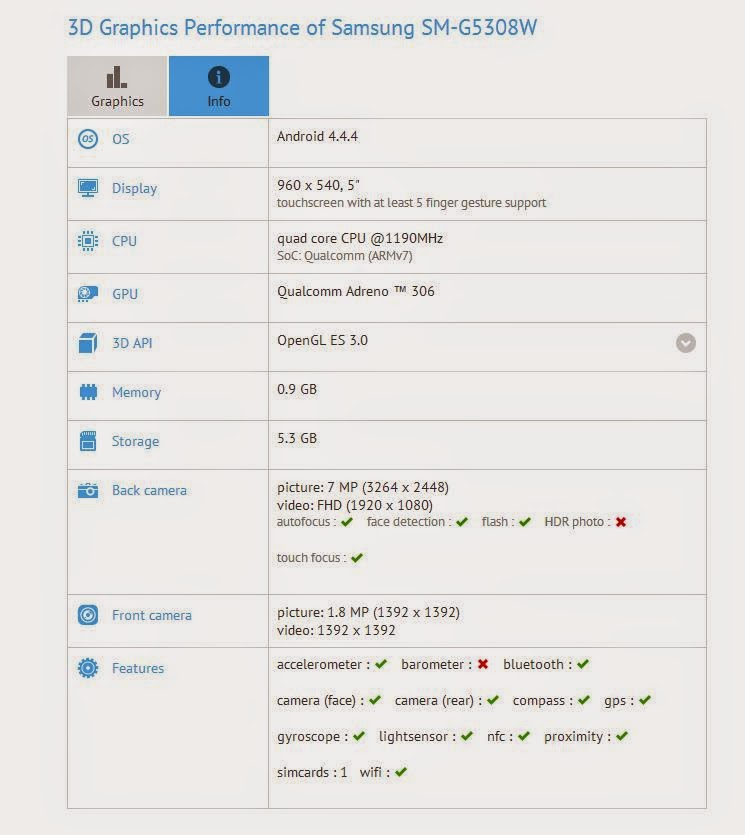