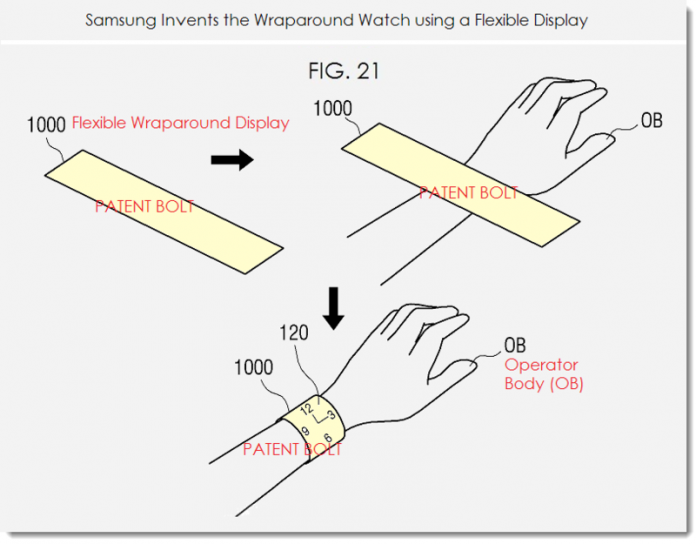 Samsung has been working on flexible displays for quite some time and though 2015 is the year when Samsung is expected to show a real flexible display-equipped device, Patent Bolt has uncovered some of the patents filed by the Korean giant, giving us a hint on what to expect in the future. Samsung has applied for a wraparound watch flexible display patent. The display as seen in the image, will wrap around the user’s wrist, thus transforming in a flexible smartwatch.

Some of the other patents show a display with two-fold structure that
can expand to a larger sized display and a display with a fixed form factor that can act as a kickstand. Like its phones and tablets, Samsung seems to be thinking up a lot of new ideas for its smartwatches as well, and after seeing the Gear Fit’s curved display, we wouldn’t be surprised if the company’s next wearable takes things even further. 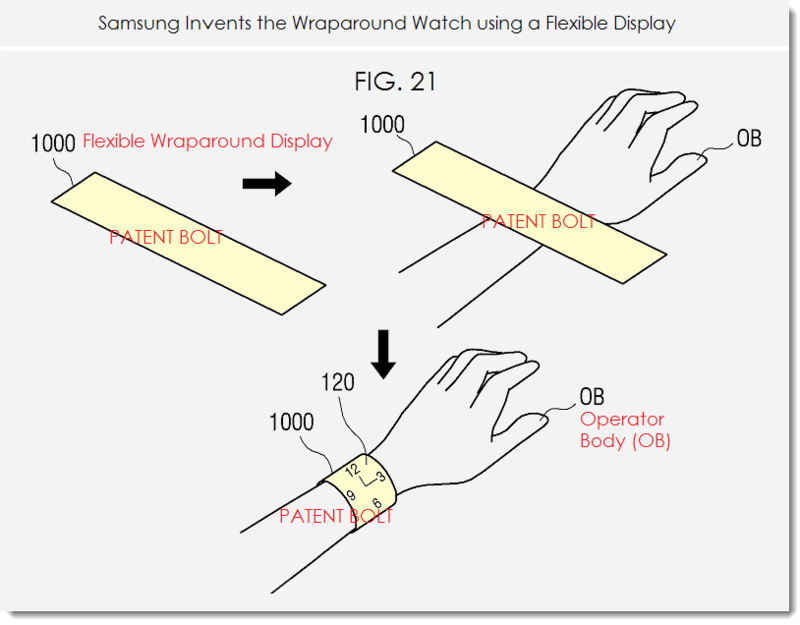