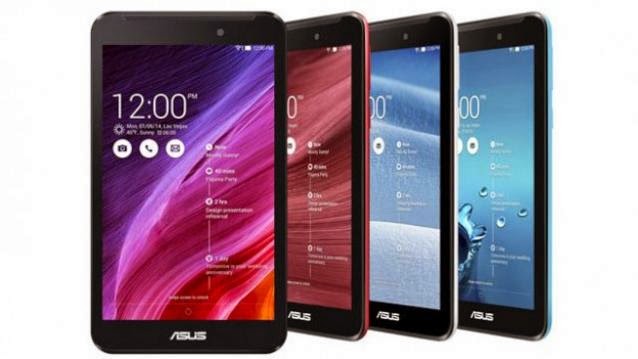 Asus has launched the Fonepad 7  with model number FE170CG in India for Rs 8,999. This 7-inch tablet supports voice-calling and runs on the older version 4.3 Jelly Bean flavour of Android and the company has also added a layer of its Zen UI.

The FonePad 7 sports a 7-inch WSVGA display with 1024×600 pixel of resolution, expanding the pixel density to 169ppi. It is powered by a dual-core Intel Atom Z2520 ‘Clover Trail+’ processor clocked at 1.2GHz with Hyper-Threading technology and coupled with 1GB of RAM.

On the storage front, one can expect 8GB and 4GB models, expandable via microSD card slot up to 64GB. In addition, one also gets 5GB on Asus’ Webstorage cloud storage for lifetime. It also gets a 2-megapixel rear camera and a 0.3-megapixel front-facing camera. The connectivity options include Wi-Fi 802.11 b/g/n, Bluetooth 4.0, Miracast, GPS/ A-GPS, and 3G HSPA+.

Earlier this year, the company had launched a refreshed version of the Asus Fonepad 7 Dual SIM for Rs 12,999. It comes with a 7-inch LED Backlit IPS display with 1280×800 pixels of resolution, 5MP rear camera, 8GB storage, microSD card slot up to 64GB and 3950 mAh battery.