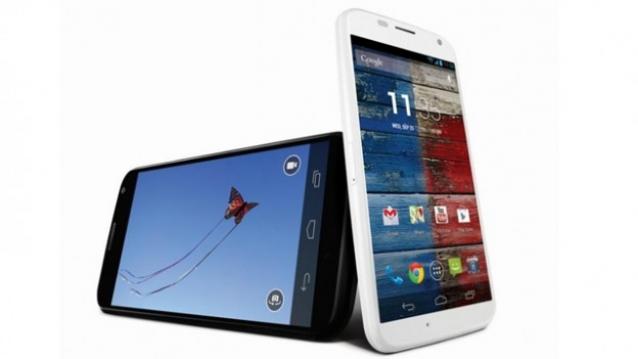 Update: Motorola has just sent an update saying that only six MyMotoLogo contest winners stand a chance to win a customised Moto X. They have clarified that Moto Maker program has not come to India.

Ready to be the proud owner of a #MotoX made just for you, by you? RT if you’re excited! http://t.co/Gk7DzyzOwh pic.twitter.com/BtjbZ7QEzs

The Batwing rises! And we’re celebrating its 60th year with #MyMotoLogo. This one’s for you: http://t.co/Gk7DzyzOwh pic.twitter.com/M9ESPbOlVs

The Motorola Batwing logo was introduced on June 19, 1955. The mark was designed by Morton Goldsholl Design Associates in Chicago. The two aspiring triangles peak arching into an abstracted “M” form the basis of the iconic mark.

It was speculated that the Moto Maker program was going to come to India. These speculations were fuelled by Motorola India’s tweets, but the company has got back saying it was a build up to the contest.

According to the contest, users are expected to design their own Moto logo. The shortlisted designs will be mentored by a jury of four art influencers to make the final Batwing logo. Six winners stand a chance to win a Motorola Moto X with their customised logo on it.

On Sunday, Motorola India’s official Twitter handle pushed out a cryptic message that read, “One of a kind begets one of a kind. You are going to love this one. Watch this space to find out!” It was followed by another tweet that tried to give a better idea.

Artistry is as artistry does. Fancy doing something to show off your arty side? Find out how on the 15th of June. pic.twitter.com/NYP92B5E7i

You’re about to experience a sea of choices. Find out how on June 15. What will you choose to do? pic.twitter.com/9FJe4afRdf

Coming soon: Your shot at showing off your creativity is just round the corner! Watch this space. pic.twitter.com/CRGiV1zW6y