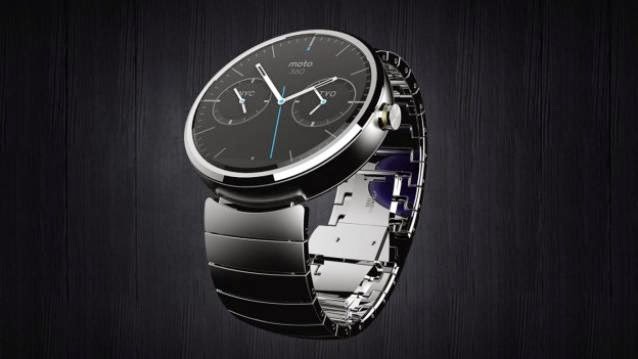 Motorola has finally announced it will begin the sale of its Android Wear based Moto 360 smartwatch today at Rs 17,999. The smartwatch will be available for purchase on Flipkart this afternoon.

The Moto 360 sports an elegant circular backlit display with a diameter of 1.56 inches and comes with a 320 x 290 resolution that uses a pixel density of 205ppi. It also gets a layer of Corning Gorilla Glass 3 to protect it from minor scratches and bumps.

The smartwatch is powered by the TI OMAP 3 processor coupled with 512MB RAM. It also gets 4GB internal memory for saving music and photos. For tracking activities, it is fitted with a pedometer and optical heart rate monitor (PPG). The IP67-certified Moto 360 is water-resistant and also supports wireless charging.

The support for voice control makes it easy to get things done, even when your hands are full. Users can send texts, set a reminder, check the weather, and even ask for directions by saying ‘Ok Google’. Also, Moto Voice has been updated to bring the features found in the second generation Moto X to the original Moto X device.

Motorola claims the Moto 360 will work on all smartphones running Android 4.3 or higher.

The Moto 360 will be competing with the current top-dogs in the smartwatch market – LG G Watch R  and Samsung Gear Live. The Moto 360 is currently priced higher than its rivals, which are currently selling for 14,999 and 15,999 respectively.