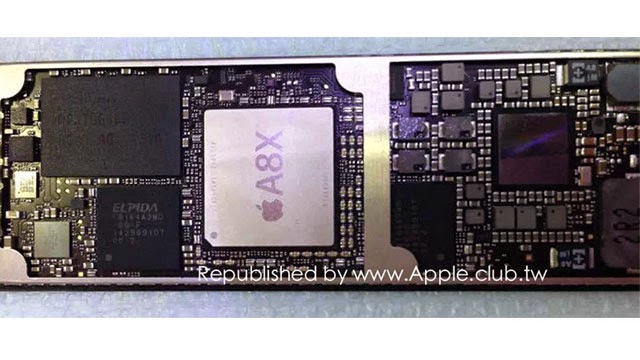 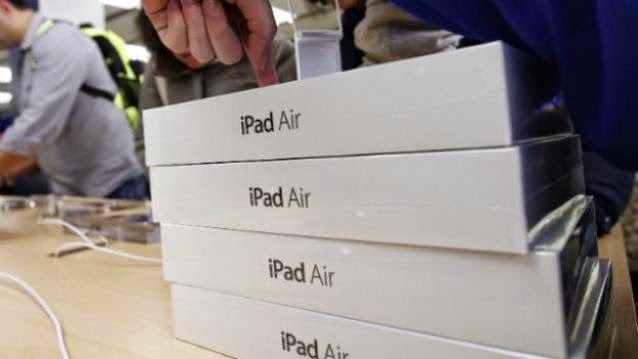 We’re just a couple of days away from Apple’s iPad launch and rumours just don’t seem to end. Now, the image of a leaked logic board claiming to from the 2014 iPad Air, reveals A8X processor and 2GB Elipda RAM module.

Apple.club.tw has got its hands on the image, which appears to be slightly blurred. Though, it doesn’t clearly display the amount of RAM available in the device, it is quite simple to decipher. Macrumours points out, “A 1GB Elpida chip would have an “8” in the second character slot, while a 2GB chip would have an “A” in the same spot. Because of the quality of the image, it is difficult to say for certain what the character is, but it does appear to be an “A” rather than an “8” given that it is narrower at the top and wider at the bottom.”

Apple has been employing 1GB RAM for several generations of its devices, but it has been highly speculated that the second generation Air could double the memory. This will help the device support split-screen multitasking. The previous iPad Air came with an A7 chip which was also seen in the iPhone 5s.

Some of the previous rumours also point at a sleeker iPad which is just 7 mm thick. However, shaving off the extra 0.5mm from the original iPad Air might not make it the thinnest tablet in the market, thanks to the offerings from Sony and Dell. The new iPad is also believed to feature Touch ID fingerprint sensor on the home button, which will allow Apple Pay transactions as with the iPhone 6 and 6 Plus. Apple is launching Apple Pay later this month in the US, so there are expected to be a wide range of Apple products making the most of this service, including the new iPad.

Along with the 9.7-inch iPad Air, Apple may launch a larger tablet, which some speculate will be called the iPad Pro. It is expected to flaunt a larger, 12.9-inch liquid-crystal-display screen with a resolution similar to the iPad Air. There’s little news on whether we’ll see a upgraded iPad Mini this year.