The Galaxy Gear was the first smartwatch in the mobile industry that saw widespread release and recognition, but it also came with a fair bit of cons, including limited device compatibility and poor battery life (at least initially). Samsung accepted the faults and said it would make the second-generation model better than the first, and according to its official press release, it seemed the company had managed to fix its major issues, and from our hands-on with the device, it confirmed that Samsung wasn’t exaggerating. 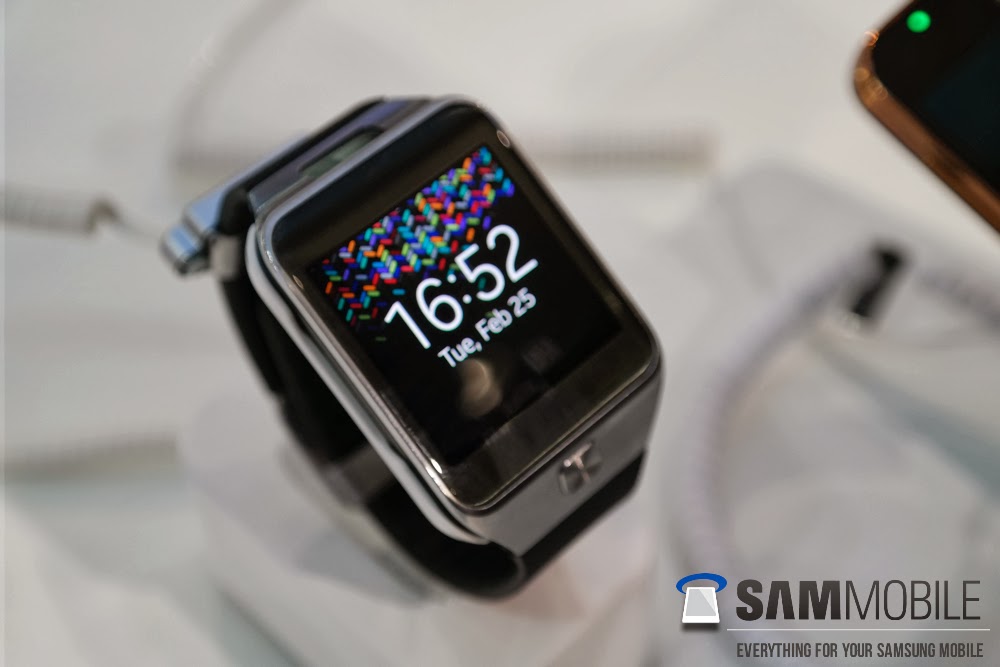 Of course, a major change was also the move from Android to Tizen for the software, a move that has apparently helped increase the battery life from a mere 24 hours with average usage to 2-3 days and the removal of Galaxy from its title. Visually, the design has been given an overhaul – gone are the rather in-your-face screws on the top, the camera has moved to the area above the display, and a home button has taken a place below it.
The strap has also been redesigned and given a textured rubber feel. Moving the camera and speakers to the watch itself now allow the strap to be changed, and users will be able to select from black, brown and orange strap colors (the orange one looks the nicest in person in our opinion.) In terms of dimensions it’s pretty much the same as the original, but the design is now more mature and attractive than before, and the watch is water-resistant thanks to IP67 certification similar to the Galaxy S5. 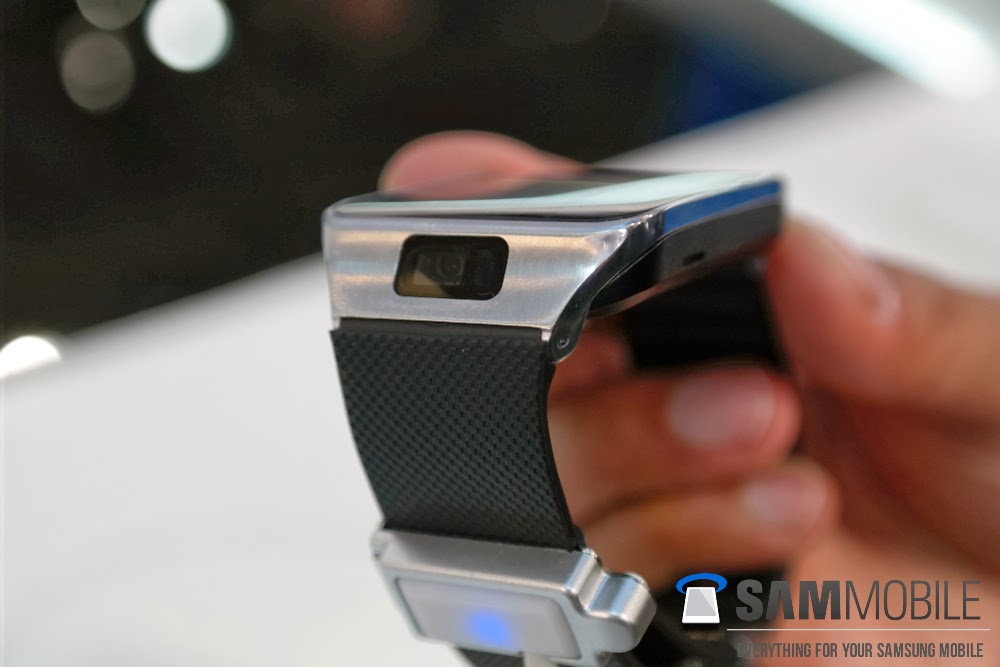 The display was one of the best parts of the Galaxy Gear, and it has been retained without changes on the Gear 2. It’s a 1.6-inch AMOLED unit with a resolution of 320×320 pixels, and it remains as sharp and as vibrant as ever – the viewing angles, while nice, are still affected by the way the glass on top reacts to light, but that isn’t a problem most of the time so it’s something that won’t bother most folks.

A move from Android to Tizen is, as we said above, one of the biggest changes. The interface is now a bit more colorful and quick in operation, and remains easy to use. There’s not much new in terms of features, and apps are still limited, though that’s something that shouldn’t be a problem for long given the watch now depends on HTML5 for apps, which should make it relatively quick for developers to write apps for the second-generation Gear. Oh, the music player is now standalone and doesn’t require a smartphone to be connected, but other than that, it’s mostly under-the-hood changes on the software side of things.

The Gear 2 also has a Neo version, which doesn’t have a camera and is completely made of plastic, and will retail for a lower price than the Gear 2. Overall, it’s a major improvement over Samsung’s first attempt at a smartwatch, and while limitations like the watch being compatible with only 20 or so Samsung devices still remain, the company has managed to listen to customer feedback and make it a greater product out of the box.

We’ll be reviewing the Gear 2 and Gear 2 Neo in the near future, so be sure to check back for a more detailed rundown on the Gear 2′s pros and cons.