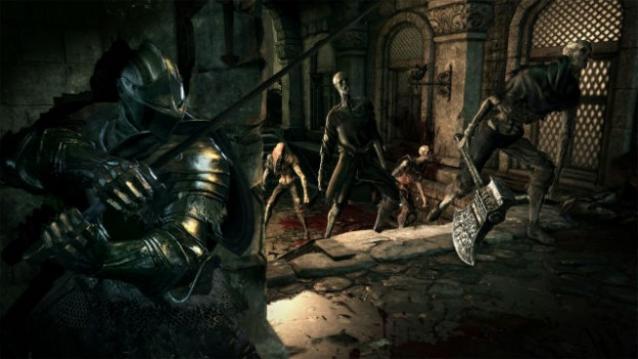 In Dark Souls III, there isn’t as much in terms of moving the Dark Souls series forward as there is in refining it to perfection

Would it be fair to look at the latest installment in a series and complain that it has not moved forward significantly? Or would you simply admire its creators for realizing their vision; perfecting each individual piece of an unforgiving puzzle. Dark Souls III could very well be the best Souls game ever made, as the series continues to move against the grain, all while pushing the boundaries of both game design and technology. For all its polish, however, even the most ardent Souls fans cannot disagree that this pony has fewer new tricks up its saddle than its predecessors. 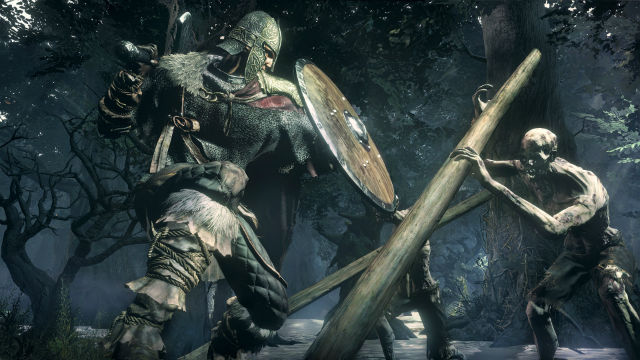 After the distraction of Blooborne’s wonderfully realized city of Yharnam, Dark Souls III takes its players back to Lotheric, where the eternal battle between the forces of Light and Dark continues to rage on. This time around, the player-character known as the Ashen One is instructed by Fire Keeper to defeat the Lords of Cinder. Failing to do so will result in an apocalypse which would likely result in the destruction of the world. It’s hard to fault the storytelling in a Souls game, and developer FromSoftware delivers once again. The lore is ingrained into the very DNA of the universe—expect to experience the game’s deliberately paced tale primarily through exploration. It isn’t often that a game creator is lauded for subtle storytelling, and it’s actually heartening to see FromSoftware get away with doing this for so long. 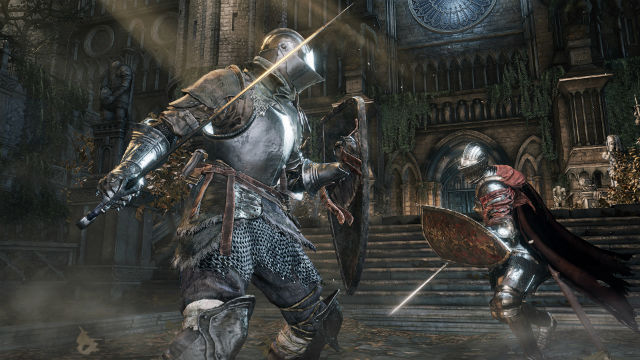 As you would expect, Dark Souls III delivers the quintessential third person action/RPG gameplay experience. It appears to reach a peak here, with excellently paced combat and movement with both twitch reflexes as well as tactics being rewarded in equal measure. Each enemy is a challenging foe the first time you encounter them, and they don’t necessarily turn into fodder later. Boss fights are creative, epic and unforgiving. If you’re a veteran, the patterns seen in these fights will seem familiar to you, and some of you will even be able exploit known limitations to your advantage. The feeling of emerging victorious is still the best thing you’re likely to experience in a game this year, however.

If there was one complaint, it’s that some of the regular enemies (and their composition/grouping) in locations can prove just as hard to overcome as the bosses. 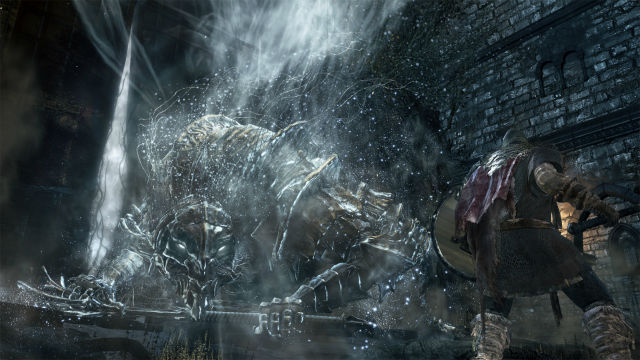 After its absence in Bloodborne, It’s great to see the shield make a triumphant return, allowing for a very defensive style of play (it rather seems appropriate given the seemingly one-sided matchups players will be involved in). Interestingly, despite the option to undertake this approach, combat is swiftly paced, and as one Steam review put it “combat will be as fluid as your tears”. The magic system and “focus points” (FP) seen in Demon’s Souls returns after a long hiatus. Casting spells consumes FP, and just as Estus Flasks heal the player, Ashen Estus Flasks replenish FP.

Souls fans often argue that every game in the franchise is not unreasonably hard, and that every death is a learning experience; a pathway to a better, more skilled and dexterous ‘you’. However, anybody who is not a Souls veteran will disagree with this outright. While I’ve played all the games in the series to date, I simply cannot agree with the assessment that a Souls game is not hard. 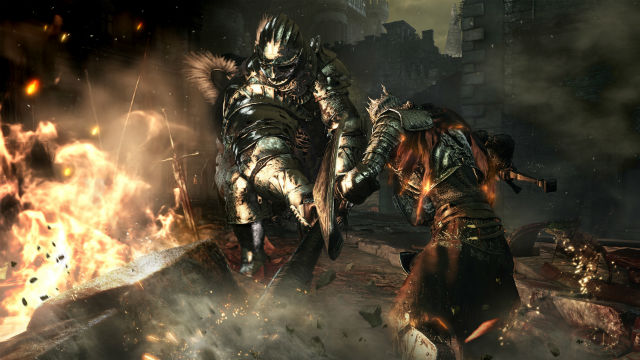 The difficulty in Dark Souls III (like its predecessors and Bloodborne) is punishing for anyone who is not a Souls veteran. The mechanics are designed around the fact that you will experience several deaths and learn from them. The appeal of repeating the same section over and over might be lost on most, but one thing is for sure: Dark Souls III respects your intelligence, even if it doesn’t necessarily respect your time or blood pressure levels. Like the previous games in the series, it expects you to take notes and come back wiser and stronger. There have been efforts taken by its creators to make Dark Souls III more accessible (no health penalty on death, more gradual weapon degradation, co-op), and while this eases the pain a bit, don’t expect to waltz through its campaign. 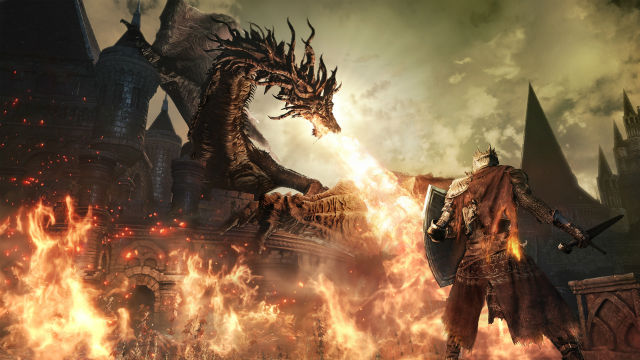 There are a few areas in which I felt the game either didn’t do enough to move forward, or simply played it safe when there was room for innovation. From a cynical point of view, Dark Souls III is basically more of the same stuff. Sure, the stuff as awesome, and each game in the series (for better or worse) seems to have its own sense of identity, but it’s the same nonetheless. It’s also clear that there’s been a lot of recycled assets, character cameos and other elements from previous games in the name of fan service, and spiked difficulty for the sake of pacing. I cannot help but feel that the UI could use some kind of dramatic overhaul to make it easier to use as well. 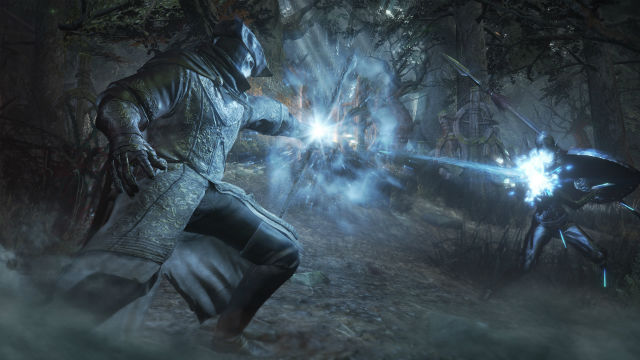 Dark Souls III is a great looking game, even on PS4. Its visual style seems closer to Bloodborne than previous Souls games (the graphics engine shares many of the Sony exclusive’s elements). A few standouts are the lighting system, reflective cobblestone flooring, particle effects and the game’s worn surfaces which give Lothric the grimmest of appearances. The bosses benefit greatly from the engine as well, all looking menacing in their detail, moving realistically as they dismember your character in creative fashion. It runs at a native 1080p/30fps on PS4 and while this is definitely sufficient to enjoy the game, there are moments when frame rates drop (oddly enough when an area is devoid of enemies). Fortunately, the game does not drop frames during fights. If I were to nitpick, I would say that the load times on the stock PS4 5,400rpm hard drive can be slow. For a game where dying repeatedly is common, this can be an issue, but as with Bloodborne, this could potentially be alleviated by installing a solid state drive on your console. 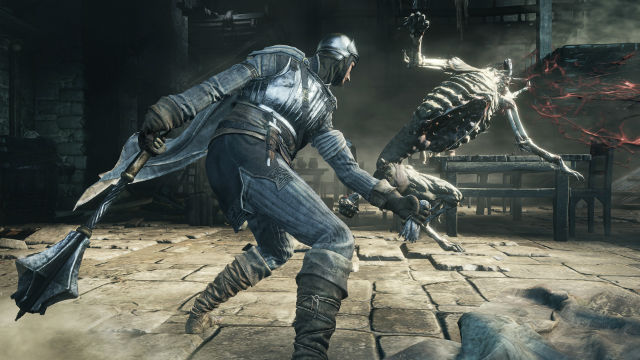 Ultimately, Dark Souls III is more of the good stuff. There’s enough for Souls fans to sink their teeth into and then some. Yes, it isn’t terribly original and the steps taken to move the series forward are not significant, but the changes made do seem to ameliorate the experience rather than take away from it. I feel that the efforts to make Dark Souls III accessible aren’t necessarily going to bring in a whole new set of players, but it’s likely to tempt those on the fence.