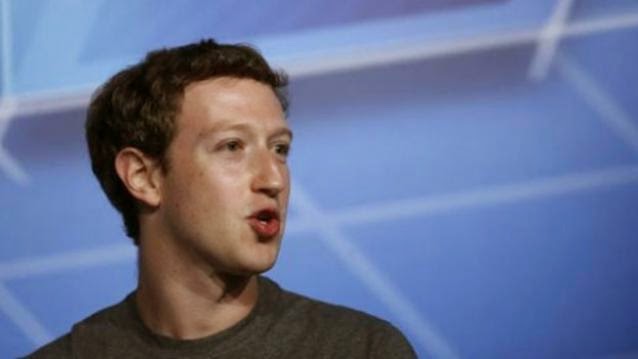 The horrific attack on the Charlie Hebdo magazine and the subsequent hostage crisis in France has seen people across the world come together and march for the victims of the attack. On social media, the tags #JeSuiCharlie and #JeSuiAhmed were trending continuously over the last week. While I am Charlie is to honour those who died in the gun attack on the magazine, I am Ahmed is for the Muslim police officer who died in the magazine’s premises.

As world leaders continue to express their shock and disgust at the killings, Facebook CEO Mark Zuckerberg also took to the social media site to talk about the incident and expressed his shock at the incident. He also wrote about how he had faced death threats for refusing to censor content on Facebook.

He wrote, “A few years ago, an extremist in Pakistan fought to have me sentenced to death because Facebook refused to ban content about Mohammed that offended him We stood up for this because different voices — even if they’re sometimes offensive — can make the world a better and more interesting place.”

Zuckerberg said that while it’s important to follow the laws of each country (Pakistan has strict anti-blasphemy laws) they can’t “let one country or group of people dictate what people can share across the world.”

He went on to note, “Yet as I reflect on yesterday’s attack and my own experience with extremism, this is what we all need to reject — a group of extremists trying to silence the voices and opinions of everyone else around the world. I won’t let that happen on Facebook. I’m committed to building a service where you can speak freely without fear of violence. My thoughts are with the victims, their families, the people of France and the people all over the world who choose to share their views and ideas, even when that takes courage. ‪#‎JeSuisCharlie‬.”

Zuckerberg’s comments got a slew a responses from the community on Facebook. In particular one Umar Khan hailing from Pakistan pointed out to Zuckerberg that it should be remembered that “not all the ‘Pakistani’ possess a similar mindset & you can’t just blame the whole nation on the basis of one person’s act.”

Zuckerberg wrote back saying,”You’re right. I am friends with several Pakistanis, and I know most Pakistanis are not like the person who tried to have me sentenced to death!”

On Sunday Zuckerberg also wrote about how heartening it was to see the millions of unity marches. He also mentioned the killings in Nigeria (where Boko Haram killed over 2000 people in a massacre) and condemned the attacks.

He wrote, “You can’t kill an idea. It’s inspiring to see the videos of more than two million people of all religions, ages, ethnicities and backgrounds come together to march in unity. As long as we are connected, then no attacks by extremists — not in Nigeria, not in Pakistan, not in the Middle East and not in France — can stand in the way of history’s arc towards freedom and acceptance for all.”

Where the Charlie Hebdo attacks are concerned, social media definitely plays an important role, especially sites like Facebook and Twitter. While it’s not possible for everyone to access a magazine published in France, social media makes it possible for everyone to see the images that were printed by the magazine, something that has happened post the attack as several people have shared the
cartoons.

Interestingly Mumbai police has been monitoring social media to block over 650 posts which carried the ‘offending Charlie Hebdo cartoons.’

“We are on alert. We are blocking every controversial post/page that we come across,” Mumbai police spokesperson Dhananjay Kulkarni said, according to Hindustan Times. “We are in constant touch with the authorities managing the server of a popular networking site based in the United States of America (USA) to immediately block such posts and provide us with the IP address of the account holders,” he added.

So while Facebook might well be standing up to ‘freedom of speech’, in some cases the Charlie Hebdo cartoons might well be blocked in Mumbai. Of course that doesn’t mean people haven’t see the cartoons given that the Internet isn’t so simple. You block one link and another will pop-up with the cartoons.

Of course Facebook doesn’t have a glorious record when it comes to upholding freedom of speech online. As this piece points out  people have found that their comments get blocked on the site, and moms who choose to share pictures of themselves breast-feeding have found these images get removed.

Despite the criticism that Facebook faces, it can’t be denied that social media is a powerful tool for many to criticise their government. And of course violence and extremists views shouldn’t dictate what some people might want to share online.