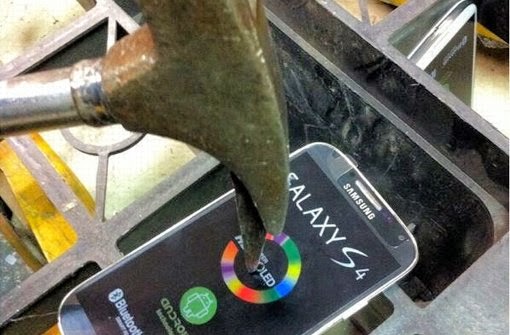 The Galaxy S4 isn’t the latest and greatest smartphone in the world anymore, and that might have led some to believe they could import fake copies of the device and try to sell them in Germany. Well, whatever the plan was, it didn’t work, as customs authorities in the country found and destroyed 250 fake Galaxy S4s with a hammer. The counterfeit units were being imported from Hong Kong, and the authorities are still trying to deduce whether it was a one-time thing or whether fake versions of various smartphones are being imported and
circulated in the country on a regular basis.
Either way, this was one shipment that wasn’t meant to make it into market. In case you go out to buy a Galaxy S4 in the near future, be sure to check it’s the real deal before handing over your money, or you might just rue the transaction later on.