iPhone 7: Here are 7 Reasons Why You Should Buy Apple’s Latest Flagship Smartphone

The Apple iPhone 7 was launched amid much fanfare yesterday. The iPhones this year, aren’t as exciting as non-S year devices are, but there is no denying that the coverage did make us believe they are. Or it was probably Tim Cook and Phil Schiller emphasise on, “It’s the best iPhone ever” as every year. After the several leaks out there, there were no surprises left at the launch event. However, the latest announcement does give us reasons why we could consider the iPhone 7. Here’s a quick look at 7 of our favourite.

Apple has put in place an entirely new dual camera system for the iPhone 7 Plus with dual 12MP sensors. The iPhone 7 comes with a 12MP camera, and both feature optical image stabilisation, larger f/1.8 aperture (f/1.8 and f/2.8 for Plus model) and 6-element lens for brighter and more detailed photos as well as videos.

The iPhone 7 Plus’ 12MP telephoto camera enables optical zoom that is almost 10x times digital optical zoom. There’s a Quad LED, which means 4 LEDs, 50 percent brighter than the iPhone 6s. Adding to all of this, is the highlight – RAW photography.

Double the storage for similar pricing

Apple has dropped 16GB and 64GB units, and will offer 32GB, 128GB and 256GB variants. This means the storage has been doubled. The company claims that the prices will be same (at least in the US, looks like). If the prices are same, then users may eventually get double the storage at similar prices as the iPhone 6s. However, the company has left us only with a starting price of Rs 60,000, and the incremental prices are yet to be disclosed.

Finally, your iPhone will be water and dust resistant. This is definitely one of the most awaited features, and the best borrowed from Android counterparts. Now, haven’t we been waiting for this. The device can be submerged under 1m water for about 30 minutes.

The iPhone 7 comes armed with a new A10 Fusion processor, which is about 40 percent faster than A9. It is also paired with a new graphics processing chip, which is 50 percent faster than what we’ve seen in the A9. “The A10 Fusion’s CPU now has four cores, seamlessly integrating two high-performance cores that run up to two times faster than iPhone 6, and two high-efficiency cores that are capable of running at just one-fifth the power of the high-performance cores. Graphics performance is also more powerful, running up to three times faster than iPhone 6 at as little as half the power, enabling a new level of gaming and professional apps,” Apple explains.

While the device is identical to last year’s iPhone 6s. However, it now has a glossy, mirror design, rather than the matte metal it is known for. The Jet Back colour is cool and seems richer. besides, rose gold, gold and silver options will be available. The home button has been redesigned, adding Force sensitive just like we’ve seen in the Force Touch trackpads. There’s the Tactic Engine haptic feedback system just like Apple Watch.

The big as expected is the missing 3.5mm headphone jack. However, Apple offers EarPods with a lightning connector along with a free adaptor in the box. Apple has also unveiled its new AirPod wireless earphones that come with a 5 hour battery life and their own charging case. 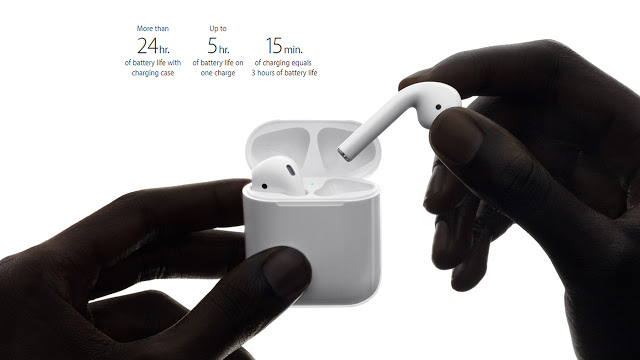 More than anything, iOS 10 and the optimisation it brings in to exploit the features offered by the hardware is by itself a good enough reason to consider the iPhone 7 as well as iPhone 7 Plus. Apple is known for having a very closely knit hardware-software combination. And considering 3D Touch and the dual camera set up available in the newest flagship is different compared to previous versions, the iOS 10 operating system is expected to very closely integrate with the hardware and be a reason to let you do more. If you’re on the iPhone 6, then there’s definitely reason for you to upgrade considering how important 3D Touch will get.

There’s also an all-new stereo speaker system providing twice the sound. Compared to 6s, one can expect an increased dynamic range of sound and a higher quality speakerphone. The new iPhone comes with EarPods with Lightning connector and a 3.5mm headphone jack adapter so that you can use it with your old headphones. The all-new Airpods get the Apple W1 chip, and promise efficient wireless communication. AirPods will come with the support for Siri for quicker and easier access. 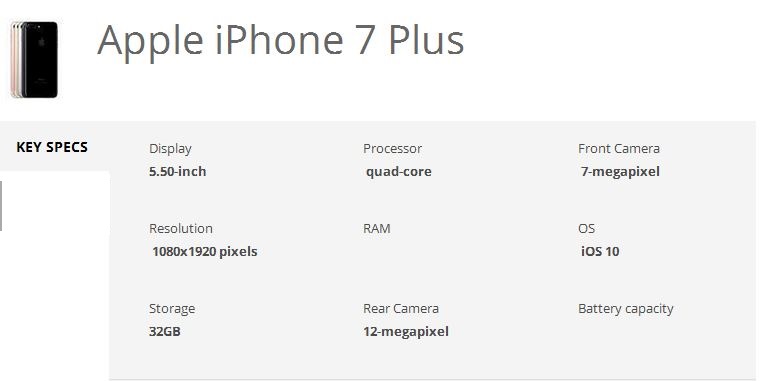