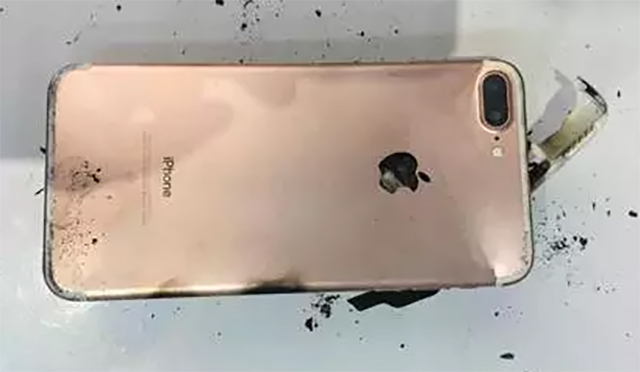 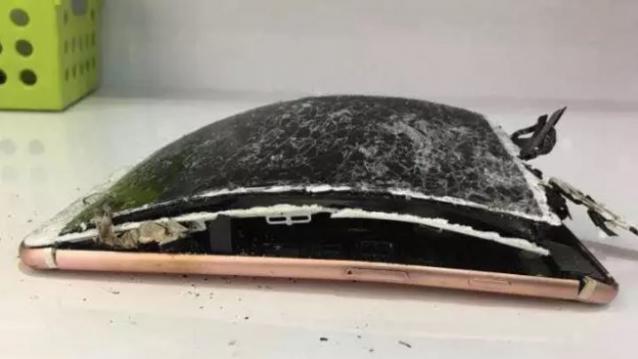 According to a report on Chinese web site Leikeji, the battery of a brand new iPhone 7 exploded, with the cracked screen violently separating from chassis. The Samsung Galaxy Note 7 fiasco lead to the largest fire and burn hazard related product recall in United States history. But with the iPhone 7 Plus, there seems to be a trigger to the explosion – a fall. Lithium based smartphone batteries are extremely volatile, and exposure to either moisture or heat can make them explode. This is what happens when you puncture a modern smartphone battery.

Unlike the Samsung Galaxy Note 7 explosions though, the reported incident in China was not a case of spontaneous smartphone combustion. The battery reportedly exploded after a fall. However, a fall of just 50 centimeters is not a large height, and is not an encouraging sign. The phone shocked the user, started emitting smoke, and then caught fire. The user apparently had opted to purchase an Apple iPhone 7 Plus, after reading news reports of exploding Samsung Galaxy Note 7 smartphones.

In August, a man riding a motorcycle in Australia got the shock of his life when he fell off his bike and his iPhone exploded in his pocket. The heat fused the model to his leg, and he had to punch the phone free. In September an iPhone apparently exploded while still in the box. There were no follow up posts or information after the initial reddit post, but the user manual in the box indicates that the phone was not the latest iPhone 7. In October, an iPhone 7 wrapped in clothes and kept in the back seat of a closed car in a sunny beach, caught fire because of the heat. The entire vehicle was engulfed in flames.

By comparison, over 30 Samsung Galaxy Note 7 incidents were reported over the last week in August.