TechFoogle
HomeNewsAppleiPhone 7, iPhone 7 Plus Tipped to Get a New 'Jet White'...

iPhone 7, iPhone 7 Plus Tipped to Get a New ‘Jet White’ Colour Variant 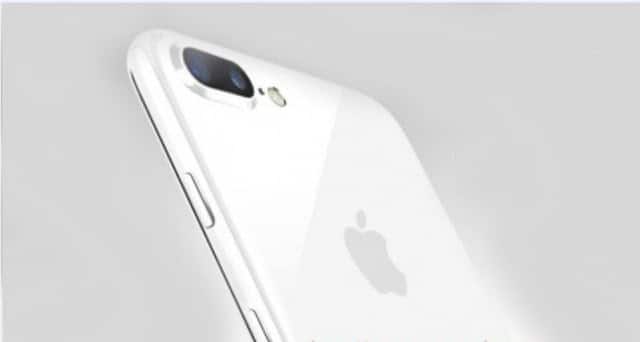 Apple put all the speculations to rest by announcing the iPhone 7 and iPhone 7 Plus in September. The smartphones came bearing no headphone jack and one variant did indeed come with a dual camera setup. The smartphones were launched in five colours, with the new one being Jet Black, while the Black (Matte) colour was re-introduced. However, a fresh report now claims that the Cupertino giant plans to launch another ‘Jet White’ colour variant as well – which though a misnomer, can be thought to mean a glossy white colour variant.

Mac Otakara reports that the ‘Jet White’ colour variant will be introduced for the base 4.7-inch variant as well as the 5.5-inch Plus variant. The report even shared a concept image of how the ‘Jet White’ variant would look like. There is no mention of when Apple plans to launch the new colour variant in the market.
The publication also specifically notes that the source ‘may not be reliable’, so we recommend readers take the news with their own discretion. In any case, the iPhone 7 and iPhone 7 Plus are for now available in Gold, Rose Gold, Silver, Black (Matte), and Jet Black colour variants.

Analyst Ming-Chi Kuo recently also predicted that Apple will skip the refresh of its iPhone SE next year to keep its gross margins high and avoid cannibalisation of its high-end products. There is a year on year decline in Apple sale numbers, and instead of launching a cheaper substitute, the company could look to up those numbers with the help of a new colour variant.

In any case, leaks of next year’s iPhone 8 have started to pour in. 2017 will mark the ten-year anniversary of the iPhone, and Apple is anticipated to bring several new features to commemorate the occasion. The iPhone 8 is expected to sport big changes, and preliminary leaks indicate an OLED display panel, optical fingerprint recognition, an all-glass back, and a possible third variant.