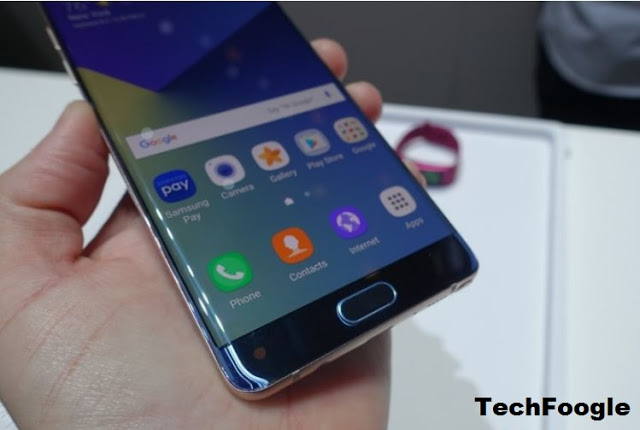 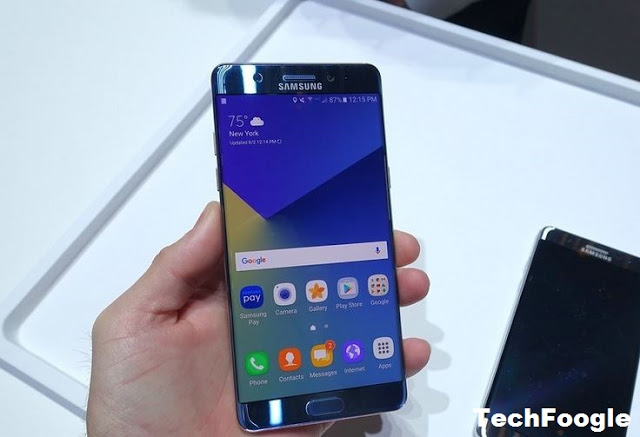 With each release of Galaxy smartphones Samsung improves the display technology by a considerable amount. The Galaxy S7 won awards for the best smartphone display ever, and before that it was the Note 5. However, the image specialists at DisplayMate conclude that the Note 7 is the best to date and isn’t just better again, but completely leapfrogs the previous generation.

When it comes to comparing these two displays there are a lot of things to consider. For one, Samsung uses S-AMOLED screens vs LCD in the iPhone. These each have advantages, not to mention users have their own specific preferences. Apple’s iPhone has also been praised for having the best LCD display on the market, so it’s certainly no slouch, and everyone can agree the iPhone has an excellent screen.

Of course everything is subjective here, but when we consider everything Samsung has done with the Galaxy Note 7 from the curved edges to the Always-On display, it’s easy to see why it’s already winning awards before the phone has even been released. With that in mind, here’s five things that make the Note 7 display great, and what makes it better than the iPhone.

First up would have to be the curved display. While some may consider it simply a gimmick and nothing more than a unique looking screen to show off, it highlights all the research and development Samsung has done, and is a great way to showcase their next generation technology.

Being able to curve an extremely high 2560 x 1440 Quad-HD resolution display and still keep the brightness top notch, colors vibrant, and text crisp is certainly an accomplishment, and all the features that come along with it are nice too.

It’s gorgeous to look at and use, and the curve is very subtle and not nearly as noticeable as other Samsung devices like the Galaxy S7 Edge. Then when you consider all the software controls built into Android users will certainly find it useful. There’s an “Edge” panel full of different controls.

From the Apps Edge for quick access to your most used apps, to People Edge for favorite contacts. The Note 7 even has a new People Edge panel with shortcuts to individual contacts that pop-out and give the owner a wide selection of communication tools unlike ever before. As shown in our image above. There is a ruler, compass, and even quick notification panels that can light up while the rest of the screen is off with information, tweets, Facebook messages, sports scores and more. Being able to access all of this when the phone is on, and more importantly off, gives it a leg up over most of the competition.

A lot of Galaxy S7 Edge owners turn off the “Edge” features, but many find them useful. Either way, none of those are available on the iPhone and many other Android devices, giving Samsung Note 7 owners more ways to get things done. This is one of many reasons I plan to buy the Galaxy Note 7.

Highest Peak Brightness of Any Smartphone 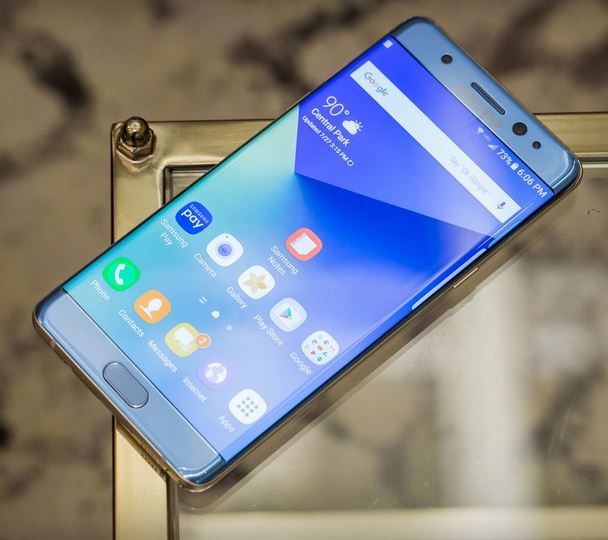 Samsung’s always been known for having extremely bright and vibrant smartphones, but that’s more true than ever before on the Galaxy Note 7. After running through a series of tests the Galaxy Note 7 when set to “automatic brightness” can reach levels of over 1,000 nits of brightness.

As a comparison the Galaxy S7 gets to nearly 855 nits of brightness, which was 26% higher than the Galaxy S6 from the year before.

Part of the reason the Galaxy Note 7 can achieve these high levels is it has an ambient light sensor on both the front and the back, a first for any smartphone, and can read the surrounding light more accuratly than any device, then automatically set the brightness to the perfect level at any given moment.

Being able to reach levels of 1,048 nits of brightness also allows for HDR (High Dynamic Range) video playback, which is a feature we’ll be seeing in the near future and throughout 2017.

This is one more area the Galaxy Note 7 beats the iPhone, and any other smartphone for that matter. 1,048 nits of brightness is a new record for a mobile phone.

A relatively new feature we’re seeing on a lot of smartphones, which first became popular with the Moto X, is an always-on display. Samsung’s Galaxy Note 7 keeps a small area of the AMOLED screen on 24/7 with information for the end user. This was popular with the Galaxy S7, LG G5 and Motorola phones, but probably done the best on Samsung’s lineup.

Using an AMOLED display the Galaxy Note 7 can turn on only the pixels it needs to display the date, time, weather, battery life, incoming notifications, missed calls, calendar and more without turning the rest of the screen on. Samsung claims this feature uses less than 5% of battery life throughout an entire 8-hour work day, making it an excellent feature that won’t compromise on battery life.

The Always-On display feature was one of our favorites on the Galaxy S7 Edge, and it has more options than before with the new Note. Users can select background images, clocks, calendar information, battery stats and more to be displayed 24 hours a day. Our image above is the Note 7 AOD set to show the calendar, which still uses hardly any battery life.

The average user turns on their phone over 140 times a day, which can be drastically cut down thanks to the new Always-On display feature on the Note 7. Giving users more options and improving battery life at the same time. The iPhone doesn’t offer this. 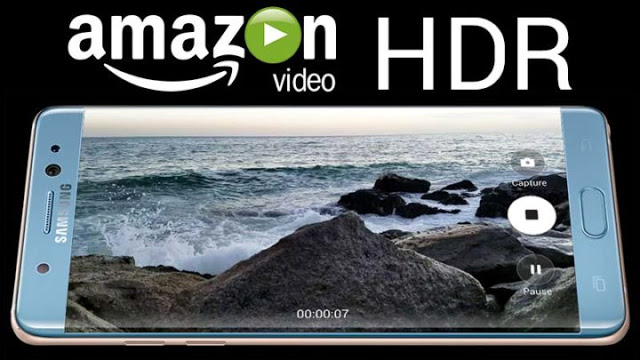 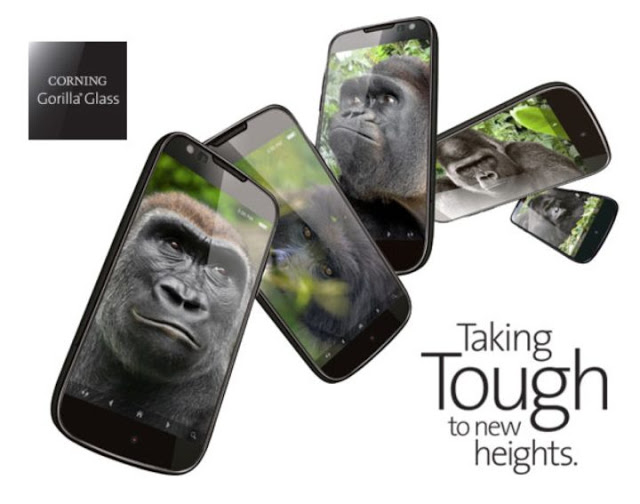 For those who’ve never heard of Gorilla Glass, this article will explain things for you. With a big 5.7-inch curved display on the Note 7 many potential buyers are probably worried about it getting dropped and broken.

The Note 7 is the world’s first phone to use Corning’s Gorilla Glass 5 technology. It is strengthened and hardened glass that is far more durable than most. It doesn’t scratch easy, is shatter resistant, and very hard to break.

Without getting into it too much, just know that the Galaxy Note 7 will be very durable and hold up well to drop tests and other scenarios, all thanks to the Gorilla Glass 5 covering the front and back. This new glass is also great for HD content, like the Quad-HD screen and HDR video playback.

All those iPhones we see with broken screens, that shouldn’t be a problem with the Galaxy Note 7.

Other highlights worth mentioning about the Galaxy Note 7 display are it has the widest color gamut of any smartphone to date, highest contrast rating in ambient light, lowest screen reflectance, and the best viewing angles of any phone. DisplayMate even states the brightness varies only 21% with different angles, the lowest amount of any phone on the market.

So what this all means is the Samsung Galaxy Note 7 has the best screen money can buy, for a lot of reasons. From a beautiful and unique curved edge, strong glass that won’t break easy, extreme brightness, great viewing angles, capable of HDR video playback, the Always-On display technology, accuracy for the stylus, and you can even write on the screen while it’s under water. Samsung really brought their A-game this year, and anyone can enjoy it come August 19th. 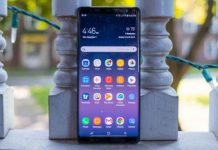 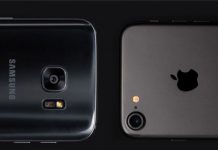 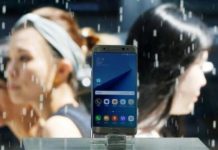 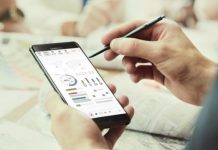 Samsung Galaxy Note7 call back is great for the Apple iPhone... 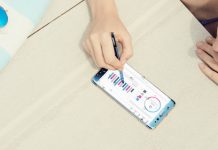