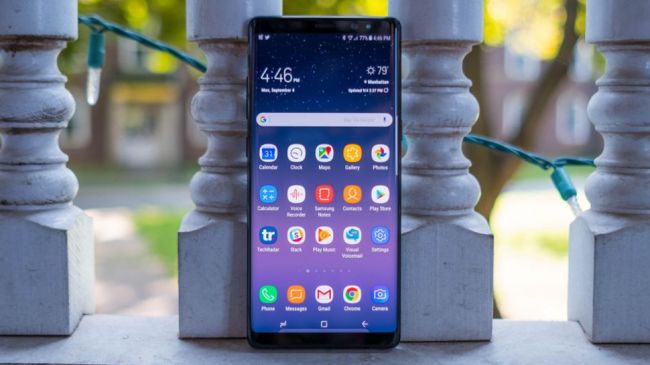 After the Galaxy Note 7 debacle last year, Samsung is taking every opportunity to ensure that the company regains the trust of its users. In a bit to show how safe the new Samsung Galaxy Note 8 is, Samsung Spain went out and handed 200 Note 8 smartphones to passengers travelling in a flight from Madrid to A Coruna, Galicia.

According to a report by CNET, the underlying intention behind the move by Samsung was to remind consumers of the Galaxy Note 7. The smartphone launched last year was deemed unsafe to be carried on aeroplanes across the world after multiple reports of the phone exploding.

The distributed smartphones were reportedly accompanied by a note in Spanish which when translated, said, “A year ago we asked you to turn it off, we welcome you today on board.”

Samsung made several changes in their manufacturing process as well as inspection protocol to ensure the safety of its batteries after what TechCrunch states to be the biggest consumer electronics disaster in recent years with the Note 7 fiasco. The company invited third-party authorities to investigate the cause of the problem and instituted an eight-point safety check for future phones apart from repeated promises to do better.

Samsung launched the Galaxy Note 8 in August 2017 globally before launching it in the Indian market on 11 September. The flagship smartphone by the company sports a 6.3-inch QHD+ display, a 64-bit Exynos 8895 octa-core processor chipset with 6GB RAM and 64GB internal storage. The Galaxy Note 8 is also Samsung’s first smartphone to feature a dual camera set-up at the rear with portrait mode and dual optical image stabilisation (OIS).