After unveiling the Galaxy Note 7 earlier this month, Samsung has launched it in India today. Priced at INR 59,900 ($895), the Galaxy Note 7 will be available for pre-order from August, while general availability will start from September 2nd. The device will be available in black, gold, and silver. Sadly, the Blue Coral variant of the Note 7 hasn’t made it to India.

Just to refresh your memory, the Galaxy Note 7 features a 5.7-inch QHD Super AMOLED display with dual curved edges, a 12-megapixel primary camera with Dual Pixel phase-detection autofocus, and a 5-megapixel front-facing camera. It runs a slightly revamped version of TouchWiz on top of Android 6.0.1 Marshmallow. There’s an iris scanner on-board, and the new and improved S Pen is now water resistant, just like the phablet itself.

The Galaxy Note 7 is equipped with an octa-core Exynos 8890 processor, 4GB RAM, 64GB of internal storage, a microSD card slot, a USB Type-C port, and a 3,500 mAh battery. The variant that has been launched in India comes with a hybrid dual-SIM card slot, so you can either use a secondary SIM card or a microSD card in the second slot. You can read our hands-on for a quick look at what the Galaxy Note 7 offers, and also see how Samsung’s latest flagship brings little yet useful changes for an improved user experience.

Samsung also launched the new Gear VR, which supports both the Note 7 and existing Samsung flagships, in India, in addition to the Gear IconX wireless earphones and the Gear Fit2 fitness tracker. The new Gear VR will cost INR 7,290 when bought separately, and just INR 1,990 for those who pre-order the Note 7. The Gear IconX is priced at INR 13,490 and the Gear Fit 2 is priced at INR 13,990. 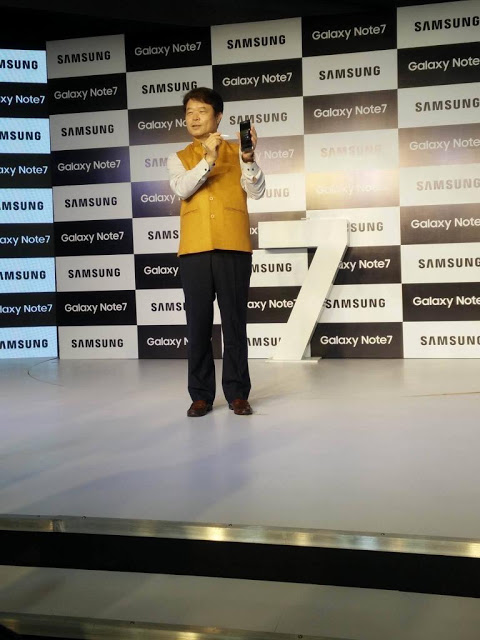