The last couple of weeks haven’t gone well for Samsung or its Galaxy Note 7 owners, and by now, the whole battery issue that leads to exploding devices, fires and even damaged property has put the company’s reputation at stake.

As the reports started flooding in, Samsung was forced to issue a recall of all Galaxy Note 7 devices. The recall will reportedly cost Samsung in excess of $1 billion.

Ever since the company announced the recall, asking consumers to return their devices, there has been some confusion over what, when and how. Samsung “voluntarily” issues a recall, but failing to go through regulatory procedure added to the confusion.

Finally, the US government officially recalled the Samsung Galaxy Note 7 smartphones, but by then there were dozens of reported cases in which batteries exploded or caught fire. “Consumers should immediately stop using and power down the recalled Galaxy Note 7 devices purchased before September 15, 2016, ” the official notice reads. The report also brings to light the fact that Samsung has received 92 reports of batteries overheating in the US, which includes 26 reports of burns, 55 reports of property damage, including fires in cars and a garage.

Samsung claims to be taking all measures to ensure such incidents don’t take place again. A ZDNet report claims that Samsung plans to change the colour of the battery indicators in the newly produced Note 7 devices to help consumers differentiate older devices from newer ones. The battery indicator of the new devices, shown on the homescreen top right corner, will be green, instead of the white seen in faulty units.

A Re/code report cites a Samsung official who claims the recall with begin no later than 21 September. In another report, Samsung is said to be providing the new units of the phablet to local distributors and stores in South Korea starting Monday, 19 September. 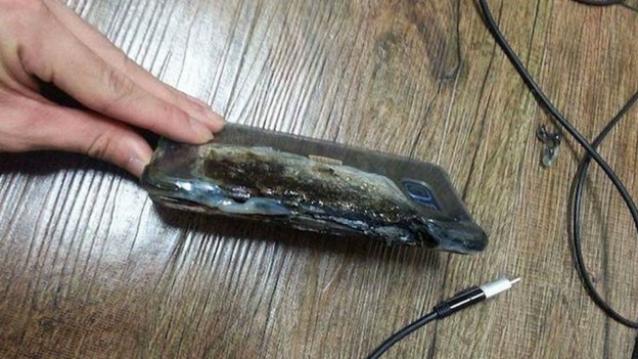 Meanwhile, here’s a timeline of the events:

2 August, 2016
Samsung launched the Galaxy Note 7 at the high profile Unpacked event. The highlight of the device was the dual curved display, iris scanner and that it was water resistant, including the S Pen.

3 August, 2016
The Samsung Galaxy Note 7 was made available for pre-order in the US.

19 August, 2016
The device went on sale in the US, both via online and offline channels.

25 August, 2016
The first incident of the Galaxy Note 7 explosion came to light. The device caught fire and exploded while on charging. The incident took place in China.

29 August, 2016
The Galaxy Note 7 was officially launched in China. But, some were disappointed to see only the 4GB variant, while the 6GB variant was given a miss.

2, September, 2016
By now, there were about 35 reported cases. Samsung acknowledged the problem, and announced a recall program. The company blamed the affected batteries. It said to have started conducting a thorough inspection with suppliers to identify possible affected batteries in the market. However, the company said it didn’t want to take any chances, and stopped sales of the device to immediate effect. The company also announced that all devices would be replaced. Sales stopped in China.

5 September, 2016
Samsung Electronics Australia advises all customers who use a Galaxy Note 7 smartphone to power down their device, return it to its place of purchase and use an alternative device until a remedy can be provided.
Soon there were reports claiming how it’s the largest recall in the history.

7 September, 2016
An Australian man was left with burns when his Samsung smartphone “exploded” as he slept in his hotel room. Tham Hua, from Victoria state who was visiting Western Australia, said his Samsung Galaxy Note 7 exploded in his hotel room, bursting into flames. By now, it was believed that Samsung is recalling and replacing up to 2.5 million Note 7 devices, with nearly $1 billion dollar cost to the company. And, soon there were reports that the device was being banned US flights.

8 September, 2016
Three Australian airlines banned passengers from using or charging Samsung Electronics’ Galaxy Note 7 smartphones during flights due to concerns over the phone’s fire-prone batteries. Qantas, its budget unit Jetstar and Virgin Australia said they had not been directed to ban the use of the phone by aviation authorities, but did so as a precaution following Samsung’s recall of the phones in 10 markets.

9 September, 2016
The US Consumer Product Safety Commission released an official statement warning users about the defective Galaxy Note 7 Lithium-Ion batteries and how dangerous they can be.

On the same day, Samsung also penned down in a blog post, urging users to power down their Galaxy Note 7 and exchange them as soon as possible. The company said they are expediting replacement devices so that they can be provided through the exchange program as conveniently as possible and in compliance with related regulations. Samsung took to explaining what’s causing the issue.

US Federal Aviation Administration (FAA) banned the use of galaxy Note 7s in flights. Hours after the announcement, DGCA issued a warning and banned the use of Samsung Galaxy Note 7 on flights.
“In light of the recent incidents involving battery incidents with Samsung about its Galaxy Note 7 devices globally, traveling public and airlines are advised not to switch on these mobiles during the flight or stow them in any checked in baggage,” issued  DGCA order read.

10 September, 2016
Samsung Electronics started urging users of its Galaxy Note 7 phones to turn in their handsets as soon as possible as part of a recall.

11 September, 2016
Another incident, and this time, a 6-year old boy in New York had to be rushed to the hospital as the device exploded in his hands.

12 September, 2016
Reports claimed Samsung Electronics will only use batteries made by China’s ATL for its replacement devices. The Chinese company is set to become the sole battery supplier for Samsung by shipments for the time being since the company stopped receiving batteries from its main provider and has not found a third supplier. Reportedly, Samsung used to get 70 percent of its batteries from its subsidiary while 30 percent was from ATL for Galaxy Note 7 devices.

Samsung Electronics Co Ltd’s shares fell to their lowest level in nearly two months after the recall announcement. More airlines across the world banned customers from carrying the devices.

13 September, 2016
Meanwhile, Samsung has planned to push an OTA that will limit Note 7 charging to 60 percent. A South Korean newspaper, carried a Samsung advertisement announcing the software update for any users of the Note 7 who may be disregarding its recall notice and continuing to use the smartphone.

14 September, 2016
In another incident, a car caught fire and the driver alleged that the exploding Samsung Galaxy Note 7 caused for the havoc.

15 September, 2016
US officially recalls Samsung Galaxy Note 7. The replacements are said to begin no later than 21 September. The new units will come with a green battery level to indicate they’ve been replaced.

@techfoogle
Previous Ubisoft to launch a remastered Assassin’s Creed bundle for PS4 and Xbox One by 15 November
Next Apple iPhone 7 and iPhone 7 Plus: Cupertino wants 128GB to be your standard variant