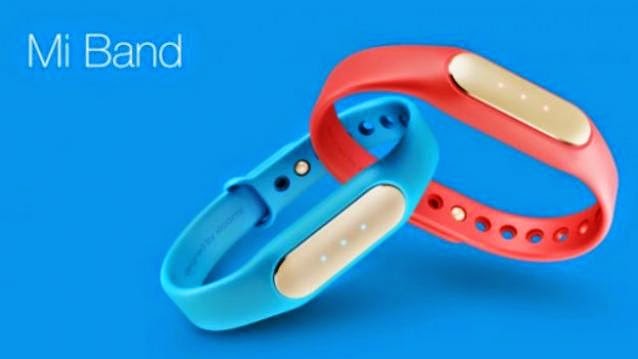 Mi Band in this photo.

Xiaomi’s Mi Band, the wearable device that costs $13 which is approximately Rs 700 in India, could be launched in India by the end of this year, provided it passes regulatory restrictions. Xiaomi’s Hugo Barra and Manu Jain had discussed this during an interaction with members of the media last week.

Barra had said that the Mi Band relied on Bluetooth solely, and it would take some time to get approval from the relevant authorities, but that the company was keen to ensure that the device is launched by the end of this year in India.

The Mi Band is water resistant (IP67-certified) and has a standby life of 30 days. Mi Band has a fitness monitor, a sleep tracker and once paired with a Xiaomi smartphone, it can be used to unlock the smartphone without typing any password or patterns. The Mi Band comes in colour variants of Blue, Pink, Brown, Black, Purple and Grey.

It should be noted that where the fitness aspect is concerned (which is a crucial feature of nearly all wearables) the Mi Band doesn’t seem to offer much. According to this TheNextWeb hands on report, the Mi Band “can’t display any metrics while you are exercising,” and instead syncs them with the Mi Band Android app that Xiaomi has developed.

The report adds that “the fitness band tracks a variety of metrics and syncs to the “Mi Band” Android app developed by Xiaomi — including the amount of calories you have burned according to the activity you have done, how long you have slept for, etc.”

Where wearables are concerned, research firm Canalys has said that the market has grown by 684 percent in the first half of 2014 with Fitbit leading in basic wearables category and Samsung being the leader in the smart band category.

The report had noted that Samsung is the worldwide leader in smart wearable band market in the first half of 2014 with the release of three new products in the second quarter: the Gear 2, Gear 2 Neo and Gear Fit.

The report added that with new Android Wear shipments expected in Q3 such as LG’s G Watch, Samsung’s Gear Live and Motorola’s Moto 360 the market is expected to grow. And now there are reports that Apple’s iWatch is all set to launch on 9 September as well.

In such a scenario, the Mi Band suffers from the basic fault that it doesn’t offer too many functions. Sure it’s only going to cost Rs 700 or so, but it’s not at all useful for those who don’t own a Xiaomi Mi 3 or Mi 4 smartphone, since the device is only compatible with these two Xiaomi smartphones.

Xiaomi’s Mi Band will have to offer more than what it currently does, if it hopes to succeed.