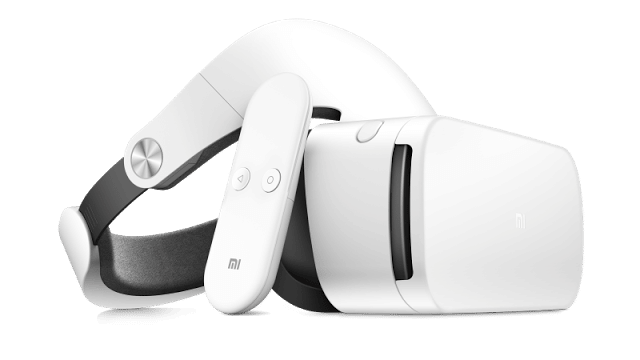 At its ‘Curved to Impress’ event on Tuesday, Xiaomi launched its flagship smartphone Mi Note 2 with dual curved glass, that looks somewhat like the Samsung Galaxy S7 Edge. But there was a bunch of other products that were showcased in the event – a concept phone named Mi MIX and Xiaomi’s latest VR headset called Mi VR. Xiaomi’s new virtual reality wearable Mi VR is priced at CNY 199 (roughly Rs. 2,000).

Back in August, Xiaomi brought its rumoured Mi VR headset into reality that comes with ‘two-way zipper design’ and a launch for beta tester. Now it has launched an upgraded version, with what the Chinese tech giant called ‘a whole new world of VR’. Xiaomi has launched its new virtual reality headset with 16 millisecond ‘ultra-low latency’, which means that the delay between a user’s action and the response to what they see in virtual reality is really short and is presumably less detrimental in terms of motion sickness.

The Mi VR headset has 9-axis inertial motion controller that supports touch-controls as well, and a built-in dedicated motion sensor. It couples with the user’s Xiaomi smartphone’s system level optimisations to yield higher performance, that in turn results in Xiaomi’s ‘ultra-low latency’ feature. It will support only a select Xiaomi handsets for now – Mi Note 2, Mi 5s, Mi 5s Plus, and Mi 5 in the Chinese region.

Xiaomi also says that there would be less inconvenience caused to the VR user related to motion sickness. The Mi VR headset has its own user interface with Xiaomi’s own VR store that consists of many Chinese games and China’s YouTube-like video streaming website, Youku’s VR app.