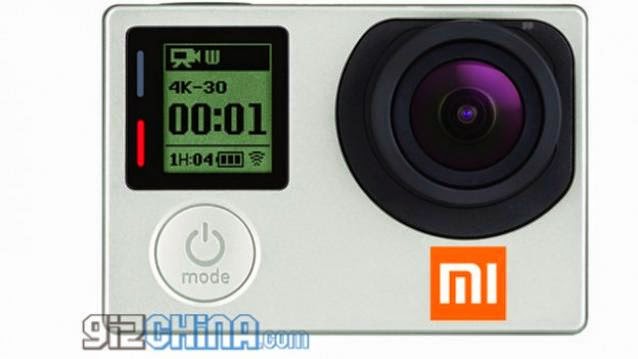 Chinese manufacturer Xiaomi is in the news again and this time, they are offering us something far different than a smartphone. It has been said that the company is planning on entering the camera segment with a new device similar to the GoPro-style action camera and will have a price tag of approximate Rs 10,000.

As the company has made a firm base in the market, they are experimenting and trying to enter different markets. For instance, Xiaomi is said to invest $1 billion in Internet TV content which offers us their Xiaomi TV as well as a set-top box. Both use its software and content. Xiaomi’s expansion of its internet TV business pits it against local internet companies including Alibaba, Tencent and Baidu all of which have recently increased their investment into internet TV.

We might see Xiaomi’s GoPro-like action camera by the end of the year.

HTC has also tried out something similar and has launched their RE Camera which is equipped with a 16-megapixel sensor paired with 146-degree ultra-wide angle lens. The waterproof device is capable recording 1080p videos at 30fps. This has microSD support as well.