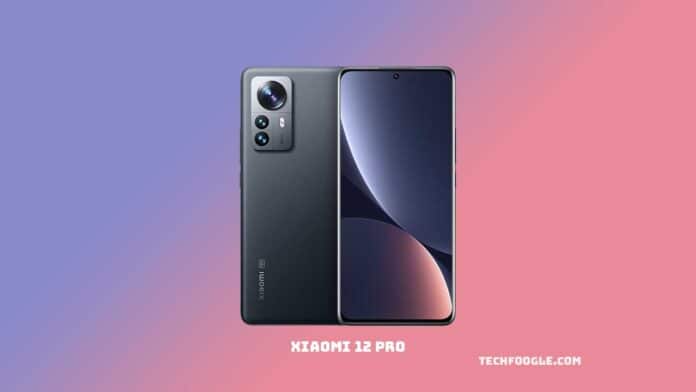 The Xiaomi 12 Pro will be available in India later this month.

The information comes from the official “Save the Date” media invites as well as a recent Xiaomi India Twitter tweet. There is also a special homepage for the gadget that highlights some of the smartphone’s important features.

The flagship of the 𝑓𝑢𝑡𝑢𝑟𝑒 is coming home — #Xiaomi12Pro 5G is launching on 27.04.22!
When we said we would get you “𝗧𝗵𝗲 𝗦𝗵𝗼𝘄𝘀𝘁𝗼𝗽𝗽𝗲𝗿”, we meant it!

The Xiaomi 12 Pro will be released on April 27th at 12:00 PM IST. Given that Xiaomi just conducted a physical event in India, we are now wondering if this is an online launch.

In terms of what to anticipate from the smartphone, we have practically every piece of information accessible following its release in China and throughout the world. The Xiaomi 12 Pro 5G is the company’s high-end flagship phone, powered by a Snapdragon 8 Gen 1 processor.

The smartphone has a Mi 10T Pro-like appearance with a few tweaks and a 6.73-inch WQHD+ AMOLED display with a 120Hz refresh rate, a peak brightness of 1500 nits, Dolby Vision, and other features. The back camera section has a Sony IMX707 primary camera, an ultra-wide camera, and a telephoto lens, all of which are rated at 50MP. There is also a 32MP front-facing camera onboard.

The Xiaomi 12 Pro is powered by a 4,600mAh battery with 120W HyperCharge rapid charging. After the Xiaomi 11i HyperCharge and the Xiaomi 11T Pro, this will be the third Xiaomi phone in India to support 120W wired charging. It runs Android 12-based MIUI 13 and has a liquid cooling system, and other exciting features.

In terms of pricing, we don’t yet have a firm figure. However, the Xiaomi 12 Pro is likely to have competitive pricing in India to compete with the newly revealed OnePlus 10 Pro and Realme GT 2 Pro flagships. We’ll have a better idea once the Xiaomi 12 Pro is released in India in a few weeks. So, stay tuned for further details.