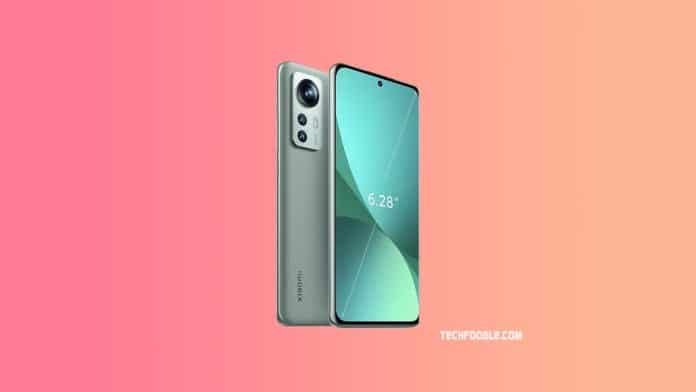 Xiaomi revealed the launch date of its much-anticipated flagship series, the Xiaomi 12 series, earlier this week, following several leaks, speculations, and hands-on photographs. Thanks to leaked official press renderings of the Xiaomi 12, we now get our first glimpse at the smartphone. Furthermore, a leaked infographic image provides us with an indication of the expected features and cost. Let’s have a look at the specifics.

Starting with the renderings, respected tipster Evan Blass (aka @evleaks) just shared the official renders of the Xiaomi 12 standard on Twitter. Blass posted three photos of the Smartphone, each in a different colorways: green, blue, and purple. You may see the tweet directly below.

The green model of the Xiaomi 12 now has a vegan leather-based back cover, similar to the vegan leather variant of the Mi 11 that the firm released in China. The other colour versions, on the other hand, appear to feature the usual AG glass matte back panel. The mockups also show that the gadget will include a centred punch-hole selfie camera as well as a triple camera system on the back.

Furthermore, they appear to be actual press renderings, which the business will undoubtedly use to sell the gadget when it releases on December 28. Previous renderings by OnLeaks, on the other hand, were not.

Xiaomi 12 Specifications and Price Have Been Revealed

Aside from the official images, a recently leaked infographic picture has revealed the Xiaomi 12’s specifications and projected cost. Panda is bald, a Chinese source on Weibo, provided the leaked photograph.

According to the rumour, the Xiaomi 12 will have a 6.28-inch display with a 120Hz refresh rate and an A+ display certification from DisplayMate. We also hear that the screen will support HDR10+ and Dolby Vision, as well as having a resolution of 2400 x 1080p.

In terms of cameras, the smartphone will have a triple camera arrangement on the rear. This features a gigantic 50MP main lens with an f/1.9 aperture, a 13MP ultra-wide lens with a 123-degree FOV, and an undisclosed telephoto lens with 3x zoom and OIS capability.

Furthermore, we know that the smartphone will be powered by the newest Snapdragon 8 Gen 1 SoC, with up to 12GB of RAM and 256GB of storage. A 4,500mAh battery will be included, as well as compatibility for 67W cable fast charging and 30W wireless fast charging.

Aside from these, the Xiaomi 12 will come with Wi-Fi 6, Bluetooth 5.2, and 5G network capabilities out of the box. It will also include stereo speakers that enable Dolby Atmos.

It’s worth noting that, while the leaks appear to be legitimate, they are not official at the end of the day. As a result, we recommend treating the information with caution and waiting for Xiaomi to officially unveil the Xiaomi 12 series next week. Next week, we’ll be live-blogging the event on our website, so stay tuned for more information.