Wi-Fi for Indian Railways and broadband for villages: Key tech announcements from Modi’s US visit 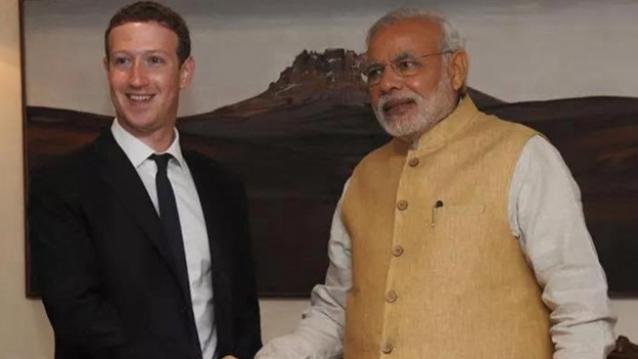 Indian Prime Minister Narendra Modi is on the last leg of his visit to the US. Over the past couple of days, Modi has managed to speak to a host of Fortune 500 CEOs. Among the prominent announcements from Modi’s Silicon Valley visit are:

While many may argue that it is the Government’s responsibility to provide an effective and affordable access to broadband internet, the fact remains that India is now behind countries such as Syria and Sudan in terms of internet penetration.

During PM Modi’s visit to the Google campus during the Code for India hackathon 2015, Google CEO Sundar Pichai announced that Google would be partnering with Indian Railways to provide high-speed broadband internet connectivity at 500 Indian railway stations. Pichai stressed that these connections would enable streaming of high definition video content, stressing that they would not just enable connectivity but enables consumption of high bandwidth video.

After Google, it was Microsoft’s turn to sweeten the deal. While Google focussed on high speed connectivity, Microsoft CEO Satya Nadella announced that Microsoft will partner with the Indian government to bring low-cost internet connectivity to 5,00,000 Indian villages.

During the townhall at the Facebook HQ with CEO Mark Zuckerberg, PM Modi responded to a query on how effective the Make in India campaign would be and the ease of changing the course of things. He gave the anecdote of a scooter being driven and how easy it is to divert its course. Modi added that in the case of train, it take time to steer it in a new direction. This was in reference to the scale of India. At the Facebook townhall, Modi highlighted that India has a unique challenge of over 600000 villages.

The announcement by Microsoft couldn’t have come at a better time than when the Digital India initiative has been proposed to the world.

In his announcement, Nadella added, “A key part of both Make in India and Digital India, bringing world class infrastructure into India, respecting India’s digital security, sovereignty and privacy is a key milestone for us.”

This would enable Microsoft to offer high speed services, cloud hosting, as well as enable scalability to small business, young enterpreneurs and large corporations in India. Interestingly, in March 2010, Microsoft launched the Azure Platform in India.

However, earlier this year, in March 2015, Microsoft had launched the cloud programme for India. The plan to announce data centres in India is quite likely a natural extension to an existing go to market plan for Microsoft. However, the announcement during Modi’s visit to the US has only increased global interest in the development.

After announcing high-speed internet, Google also announced that users in India would now be able to type in 10 Indian languages. In an official blog post, Google CEO Sundar Pichai said, “To help make web content more useful for Indians, many of whom don’t speak English, we launched the Indian Language Internet Alliance last year to foster more local language content, and have built greater local language support into our products—including Hindi Voice Search, an improved Hindi keyboard and support for seven Indian languages with the latest versions of Android.”

Similar to the case of Microsoft, the announcement by Google invoked significant national interest. Last year, Google had announced the Indian Languages Internet Alliance to work with local languages. In 2014, Google’s Rajan Anandan announced “Google’s Anandan said that the plan was to bring the features to at least the top eight Indian languages within the next 18 months, which would include Bengali, Marathi, Tamil, Malayalam, etc.”

In another announcement that aligns with PM Modi’s plans for the SME and start-up segment, Qualcomm announced support for the Digital India and the Make in India initiative by launching a $150 million venture fund for startups.

According to Qualcomm’s executive chairman Dr Paul Jacobs, the main objective of this fund is to “Fuel innovation and foster promising Indian start ups who are contributing to the mobile and ‘internet of everything’ ecosystem and provide start ups with financial, marketing, technology and business support to help propel them forward in the competitive Indian market.”

Apple to manufacture in India?

In June this year, there were reports of Chinese manufacturer Foxconn planning to set up an iPhone manufacturing plant in India. During the meeting between PM Narendra Modi and Apple CEO Tim Cook, the possibility of manufacturing in India was discussed.

External Affairs Ministry spokesperson Vikas Swarup quoted Apple CEO Tim Cook as saying during the interaction, “We have a unique tie with India. Our founder Steve Jobs went to India for inspiration.”

During the townhall at Facebook HQ, CEO Mark Zuckerberg announced that before Facebook made it big, and before things worked well, they hit a rough patch.

Zuckerberg said, “Early on in our history when things weren’t really going well – we had hit a tough patch and a lot of people wanted to buy Facebook – I went and I met with Steve Jobs and he said that to reconnect with what I believed was the mission of the company, I should go visit this temple in India that he had gone to early in the evolution of Apple, when he was thinking about what he wanted his vision of the future to be.”

Zuckerberg did heed the advice. And spent a month visiting India. He added that seeing the way people connected in India made him believe that the world would be a better place if everyone had a stronger ability to connect. Zuckerberg changed his profile picture to support the ‘Digital India’ initiative.