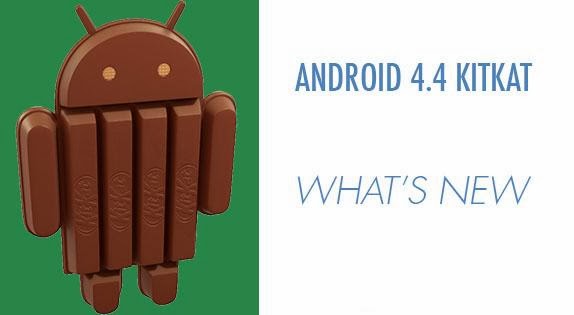 Google and LG have just unleashed a wave of announcements at us, and one of them is hardware – the Google Nexus 5. If you are curious about the other one, it’s none other than the software – Android 4.4 KitKat that comes preinstalled on the Nexus 5. The premier Android experience has received an update and will eventually roll out to Nexus 4 and other Google Play devices first, with OEM devices taking their own sweet time to implement them, as expected. Unlike Android 4.3, we have a lot of new features, user facing ones as well as under the hood features that will matter to you, a lot. Since there are too many to wrap your head, we shall be doing the service of compiling the most useful and obvious changes in Android 4.4 for you. So, what’s new in Android 4.4 KitKat?

Other changes –
Translucent UI and Full Screen apps –
This is the probably the most notable user facing change. Android 4.4 KitKat comes with a translucent UI for the status bar on the top and navigation bar at the bottom. This change impacts the overall look, and with it come new white icons for the status bar. Also, Google has finally brought full screen mode for all apps, as this was a major complaint for devices with on-screen shortcut keys including the Nexus 4. Now a swipe outside the screen will reveal the system UI when in the fullscreen mode. Very much appreciated change.
Audio Tunneling to DSP – Major battery savings for music playback
A much needed change that has been implemented in Android 4.4 is that the system will now tunnel all the audio in media playback to a dedicated DSP, if the device has one. This is a change that we have seen in some third party OEMs but Google has now enabled it on its NExus 5 for dramatically improved battery life during media playback.

Making Android better for lower end Entry Level devices
We all know and have experienced how laggy and horrible the user experience is, on a low end Android device(Intex Cloud X3 for example). Now, it is unfair to ask much of them, considering they have meager resources to handle the powerful OS, but Google has stepped up to improve the experience overall, which will just directly mean, better Android devices at the low end. According to Google, a lot of work has gone into memory optimization for lower end devices. So much that, now developers can actually target these devices with a special attribute for their apps.
In a nutshell –

KitKat streamlines every major component to reduce memory use and introduces new APIs and tools to help you create innovative, responsive, memory-efficient applications.

NFC Improvements
Google has always been a big proponent of NFC usage on its phones, right from the Nexus S. While the usage has evolved, the mass adoption has not been as expected. But, with Android 4.4, the NFC on your phone will now be able to act as Smart Cards. Yes, if you had used NFC passes for transit or any other authentication system, that’s exactly how it works. It’s simply called Host Card Emulation(HCE) which Google explains as –

With HCE, any app on an Android device can emulate an NFC smart card, letting users tap to initiate transactions with an app of their choice — no provisioned secure element (SE) in the device is needed. Apps can also use a new Reader Mode to act as readers for HCE cards and other NFC-based transactions.

Low power sensors aka Better support for wearable devices
Google knows that the next wave of devices are going to be wearable devices, because obviously, Google was started it all with the Google Glass. Android 4.4 KitKat will bring support for low power sensors and better handling of communication with them. For fitness devices like the Fitbit or even just the Google Glass, Android 4.4 brings, what the company calls, Sensor batching.

With sensor batching, Android works with the device hardware to collect and deliver sensor events efficiently in batches, rather than individually as they are detected. This lets the device’s application processor remain in a low-power idle state until batches are delivered.

So, the data is not a constant flow, rather in bursts, which will definitely reduce the usage of those chips and hence impact will be lesser on the battery. On a side note, the device natively adds support for step counter and step detector, helping fitness apps take advantage of these right on the device.
Bluetooth enhancements and IR blasters support
As mentioned above, Google is clearly targeting low power devices with the Android 4.4 update, so automatically there are improvements to Bluetooth too, which is the primary medium the wearables work on. But not only that, there are two other interesting changes too –

Bluetooth HID over GATT (HOGP) gives apps a low-latency link with low-power peripheral devices such as mice, joysticks, and keyboards. Bluetooth MAP lets your apps exchange messages with a nearby device, for example an automotive terminal for handsfree use or another mobile device. As an extension to Bluetooth AVRCP 1.3, users can now set absolute volume on the system from their Bluetooth devices.

Android 4.4 KitKat also brings native support for IR blasters. We have been seeing these things on top of phones and tablets from HTC, Samsung and LG, eventually letting you control TVs and media players, but they required OEM made APIs, but now that has been baked into the OS, with complete support for the IR blasters.
Full screen recording
This is probably not a very important feature, but worth noting that now you can directly record full screen videos, right on your device. This will make App demonstrations for developers as well as users really easy and frankly, it’s great that it is baked in to the OS.

You can record at any device-supported resolution and bitrate you want, and the output retains the aspect ratio of the display. By default, the utility selects a resolution equal or close to the device’s display resolution in the current orientation. When you are done recording, you can share the video directly from your device or pull the MP4 file to your host computer for post-production.

And yes, developers have the option to not let you record from their apps if they choose to. Good luck exporting those live shows from the phone.
In the end, it looks like Android 4.4 KitKat has a lot of new features under the hood and many user facing changes as well. But the above listed changes or features are only a sample of what’s new, to be honest. There is a whole lot more to 4.4 KitKat if you are a developer, so go ahead and click the source link for the complete low down, directly from Google. That said, we will do our best to bring you the hands on of the software whenever it is available on our Nexus 4 devices. Now, to find out what “coming soon” means.