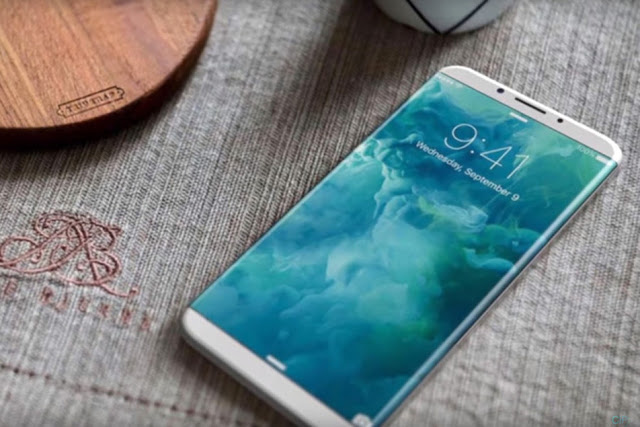 At the launch of the iPhone 7 last year, there was something unusual that happened. Rumours of the next or the upcoming iPhone (iPhone 8) had begun to surface, but there was a bit of a confusion, because there were so many of them along with analysts hinting at some unbelievable stuff (coming from Apple). Which is when eventually we had a bit of a Eureka moment when Ming-Chi Kuo from KGI Securities predicted that Apple was expected to bring in a smartphone with a all-glass design to the game. Hinting that those leaked patents of an iPhone with a wrap around display would only arrive by 2018. Turns out there were rumours not just about the iPhone 8 but the iPhone 9 as well.

As far as the latest iPhone 8 rumours go, its does not seem that exciting. While leaked patents have popped up from time to time, they are not as inspiring as the ones we have recently seen from Samsung with new form factors (the Galaxy X1). So with a curved OLED display, a sandwiched glass design with a forged steel chassis in the middle, and an ultrasonic fingerprint reader, will it be enough for Apple to stay on top of the premium smartphone market?

This time around we asked the analyst Kiranjeet Kaur, Research Manager, Client Devices, IDC Asia/Pacific for her opinion and she had plenty to comment on.

“Unlike other smartphone vendors who have a limited number of flagship phones supporting top-end specs, iPhones have the limitation or advantage that the specs in its two models (regular and phablet) are largely the same.” said Kaur hinting that Apple unlike other manufacturers produces only premium smartphones. 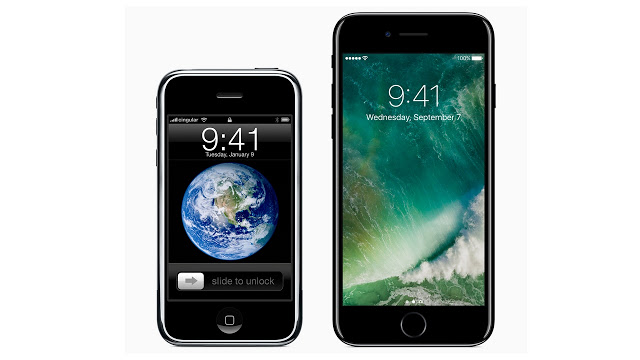 She commented that Apple already a formula like nobody else, “Apple has always tried to stay clear of hardware comparisons and has often not been the first one to launch a particular tech/feature. Rather it strives or so it seems to be more focused on the user experience of it. ”

“It is not just the specific feature but rather the use case which becomes the defining factor. An example would be the curved screen in some of the Samsung ‘edge’ phones, which did create some hype for the Samsung phones and also helped drive some sales, but didn’t really create any significant use case for the consumer.”

But Apple still lags behind when it comes to some features like quick charging, wireless charging and more that we could see in the upcoming iPhone. Wireless charging becomes more evident when you consider that Apple decided to go with a glass back this year instead of a metal one that simply did not make it possible since the iPhone 5.

We could see Apple playing catch up with the Android realm in 2017 indeed. But then there’s virtual reality a feature that is expected to make some waves this year because Google decided to officially bring it to mobile with Daydream. So will Apple need AR to step ahead of the game this year? The IDC reasearcher gave a good reason why Apple would not leapfrog into this one.

“While Apple’s entry into AR/VR space would signal its leadership in the smartphone industry, where it is currently lagging behind some of its competitors is AI. Making Siri smarter and getting it to redefine the way we interact with our iPhone and all an iPhone can do at a mere command, should set Apple in the front seat.”

But with Apple who has gradually turned from innovator to follower, 10 years is very long shelf life for the iPhone and the cracks have begun to show. The design of the iPhone has not changed in the past three iterations and while many do not have issues with it, it is getting a bit stale coming from a trendsetter. So I asked Kiranjeet whether Apple could be looking at moulding a new product like it did with the iPod (into an iPhone) back in 2007.

The IDC research manager who examines competitive trends and studies end user trends had something really interesting to comment on, “I think there is still a lot of scope on what we can do with the smartphones, think about its use as a personal assistant, or the AR/VR capabilities and respective use cases. We could look at standalone devices for these but I see a lot of potential if the smartphones (or an iPhone in this case) could bring some of these capabilities in the phone itself.”

Apple’s iPhone this year, may turn out to be the most polished piece of hardware it has every produced. It could have Siri to control and do everything and even do AR as CEO, Tim Cook as been hinting. It will stay the same iPhone, with the same set of icons and badges. However, Apple with a few tweaks may simply aim at changing the way we use it and as Apple has proved time and again, it just may be enough to take it to the top.