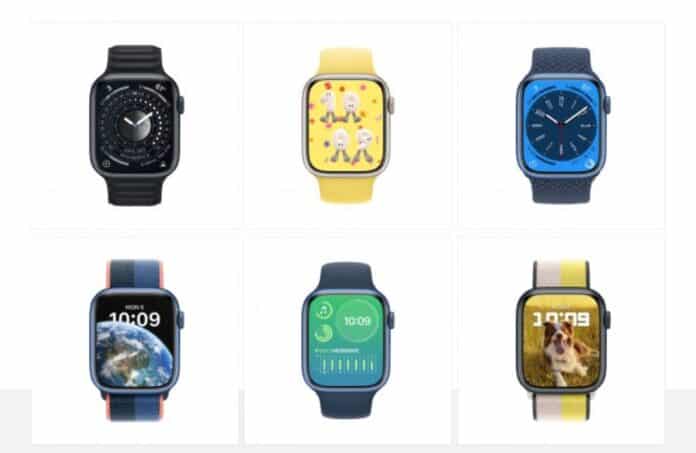 Apple has released watchOS 9 for Apple Watch owners, as predicted. This version adds a few new features while also attempting to improve on the ones that are already present. New watch faces, changes to the Workout app, a new Medication app, and more are among the items on the list. Examine the particulars.

New watch faces for watchOS 9 include Lunar, Playtime, Metropolitan, and Astronomy. There are also newly upgraded complexities on watch faces including Utility, Simple, and Activity Analog, as well as backdrop colour editing for Modular, Modular Compact, and X-Large for further customization. Portrait Faces now support the depth effect on more photographs, and when an iPhone is launched, a Focus will display on a chosen watch face.

The Exercise app now features Heart Rate Zones, which can be manually set to measure the severity of a workout, and the option to utilize the Digital Crown for the in-session display to conveniently access the Workout Views. Users may now build Custom Workouts and a new Multisport workout type, designed specifically for triathletes who want to effortlessly transition between different training combinations.

More running form measurements, such as Stride Length, Ground Contact Time, and Vertical Oscillation, are now supported by Apple Watches. They may also compare their outcomes on a single route to see their improvement. Swimming improvements include a new Kickboard recognition feature that detects whether a user is swimming with a kickboard and the ability to measure user efficiency using a SWOLF score.

More routines are available in Apple Fitness+, including Intensity for HIIT, Cycling, Rowing, Treadmill, and more. Users of Fitness+ may also utilize AirPlay to stream workout sessions to compatible third-party TVs and devices. As a result, Apple TV is no longer required. Sleep Stages have been added to the sleep tracker to help you see how much sleep you’re getting. This can be recorded in the Sleep app, and the Health app can provide extra information.

watchOS 9 additionally has the FDA-approved AFib History function for AFib (atrial fibrillation) patients to retrieve vital information. Users can also receive weekly notifications to better understand the frequency and explore a complete history in the Health app. The new Medications feature allows users to track their medications in the Medication app on an Apple Watch. It may also be tracked via the Health app and offers personalized notifications.