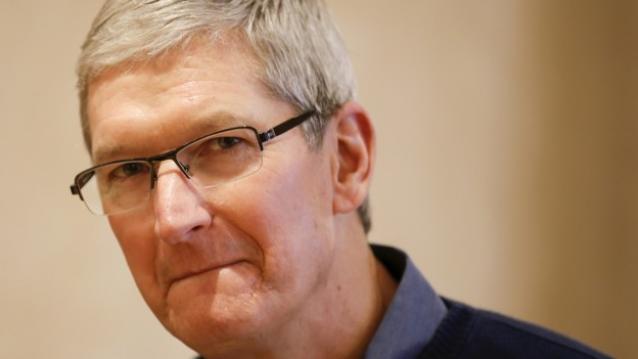 Apple announced the performance of the company in the fourth quarter of the 2016 fiscal year. The discussion was over tedious financial matters that could be interpreted in many ways, depending on which numbers are picked, and how they are juggled.

Apple representatives at the call were however, upbeat about the performance of the company and focused on future growth areas. One of these areas was India. The conference call is available on the Apple web site for approximately two more weeks, users will need an Apple device or Microsoft Windows 10 with Edge to access it.

During the call, Apple CEO Tim Cook said, “Looking Ahead, we are seeing some very exciting developments in India. Reliance Jio is rolling out a first of its kind all IP network in India with 4G cover in 18,000 cities and 200,000 villages across the country. They are offering a free year of service to purchasers of new iPhones and we are partnering with them to ensure great iPhone performance on their network. Our iPhone sales in India were up over fifty percent in fiscal 2016 compared to the prior year, and we believe, that we are just beginning to scratch the surface of this large, and growing market opportunity.”

For Apple users who have been tracking the company’s activities in India, this is a radical change from four years ago, when Tim Cook had said, “I love India but I believe that Apple has higher potential …in some other countries. That doesn’t mean we’re not interested in India – we are. We’re going to continue putting some energies there, but in the intermediate term there will be larger opportunities elsewhere.” So why is Apple now beginning to “scratch the surface?”

Apple’s interest in India comes at just the right time. Indian smartphone shipments saw a growth this year, despite a worldwide slump. More Indian users saw the value of investing in high end smartphones this year.

In the first quarter of this year, Apple registered a 62 percent increase in Indian users as compared to the same period the previous year. A major hurdle for Apple in India has been distribution, not demand.

Relaxed FDI norms allowed Apple to enter India with its Apple Branded stores. However, Apple stands to benefit by partnering with local distribution networks, as against the expensive option of opening up its own branded Apple Stores across the country.

Tim Cook had said during his pitstop in India on the way back to the US from China that Apple plans to be in India for the next 1000 years. Although the interest for Cook in India has been keen, there were no announcements at the same scale as the ones announced for China.

A startup accelerator was set up in Bengaluru, which was welcomed by the developer community. Hyderabad got an office that was tasked with developing Maps. The interest in India has been late, and Apple has to make up for 9 years of ignoring iOS fans.

Tim Cook had raised the issue of connectivity in India in the previous earnings call, for the third quarter of 2016. He had said at that time that India was lagging behind China by six to seven years, and that the lack of roll out of 4G LTE services was one of the things that was holding the company back from realising its full potential in India. The devices were not meant to work over 2G networks, and this is now changing with massive 4G rollouts across the country. For Tim Cook, a rollout of 4G services is a big game changer, as cellular infrastructure had always been a limiting factor for Apple.

All of this is good news for Apple fans in India.

Now if only something can be done about pricing parity and release date gap.