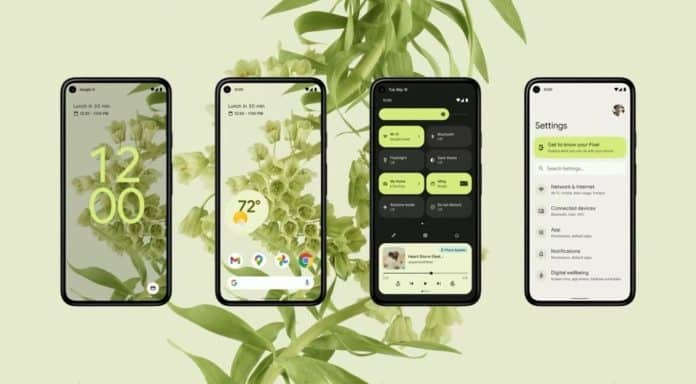 However, there are a few companies that aren’t included on the list.

The ability to take the main colors from your wallpaper and utilize them for system interface components (codenamed ‘Monet’) is a nice Android 12 feature advertised by Google. For the time being, it’s only accessible on Pixel phones, but a recent discovery has shown that a similar feature is on the way from several other manufacturers. Android 12 Wallpapers Theming Feature.

Mishaal Rahman, the former editor-in-chief of XDA-Developers, noticed a code modification in the Google Material Components Library. This modification includes a list of manufacturers who will support the “dynamic color” functionality.

The colors retrieved from wallpapers by these manufacturers are likely to differ from Google’s own ‘Monet’ implementation on Pixel phones, according to Rahman. In any case, the list of manufacturers stated below might be found.

This list is missing a few prominent names, like Samsung, Honor, and Asus. However, as XDA-Developers points out, we expect these companies to provide a similar Android 12 wallpaper theming option in the future.

However, this isn’t the only change in Android 12 that we’re enthusiastic about. The Material You interface, significantly bigger widgets, enhanced alerts, and more are all included in the latest Android release. At the previous link, you can see a list of all the important Android 12 features.