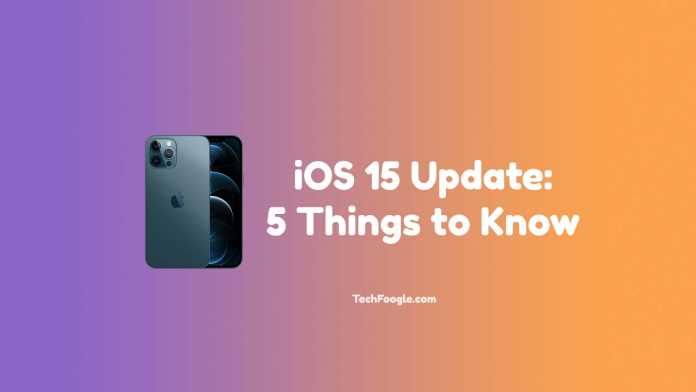 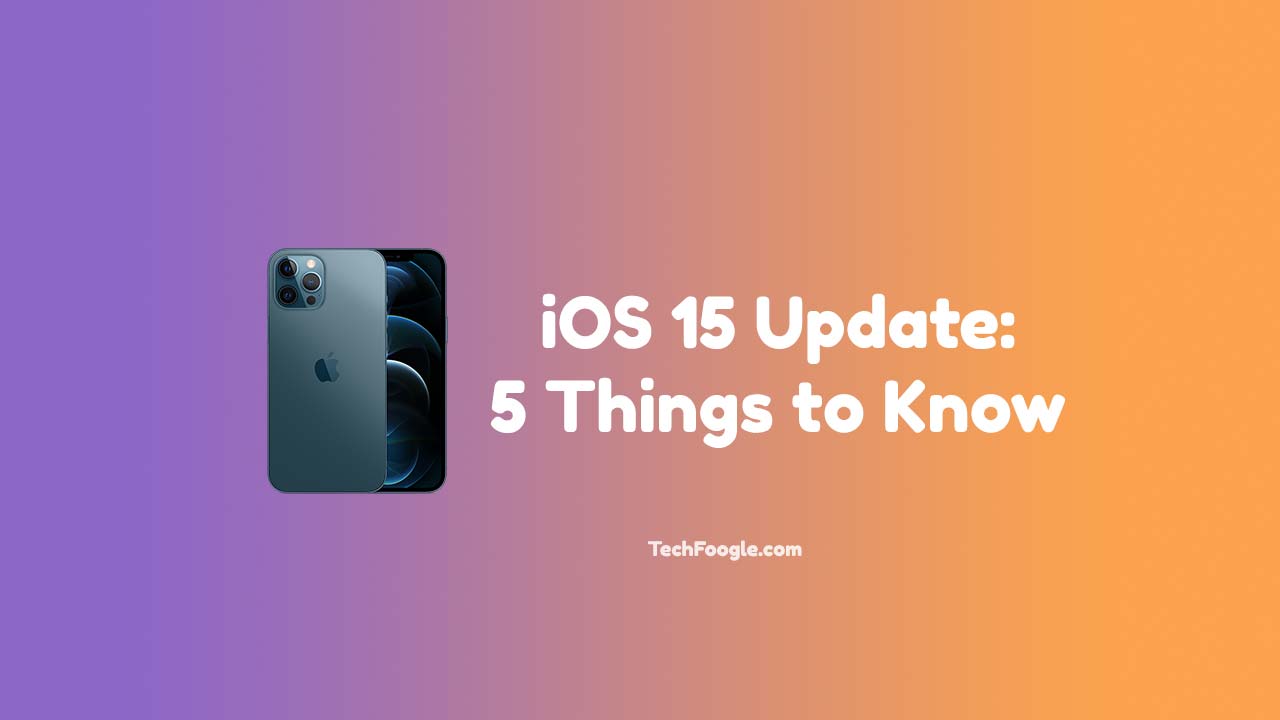 iOS 15, 5 Things to Know: With the dates for WWDC 2021 set and iOS 15 rumors circulating, we may begin to address questions regarding the iPhone’s iOS 15 debut.

As the spring season progresses, Apple is already hard at work on iOS 14. The company recently launched iOS 14.5 and is currently working on iOS 14.6.

Apple will soon stop working on iOS 14 and focus on the new update of iOS, which will most likely be renamed iOS 15.

We don’t have enough specifics yet, but rumors are beginning to peel back the layers of the onion. With that in mind, we’d like to go over some of the fundamentals for iPhone users who are interested in iOS 15.

The iOS 15 update, the iOS 15 release date, smartphones that may or may not get iOS 15 and speculated iOS 15 features are all covered in our walkthrough.

When will iOS 15 be released?

Apple will hold WWDC 2021 in early June, where it will almost definitely detail the changes to the iPhone’s iOS app. 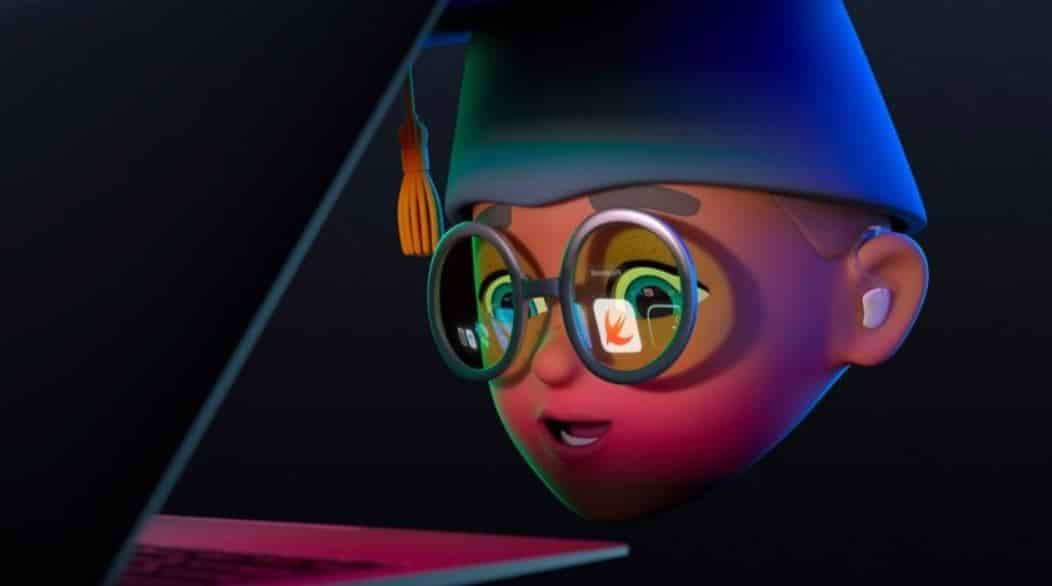 Due to the current coronavirus pandemic, this year’s event, as last year’s, will be held entirely online. WWDC 2021 begins on June 7th and runs until June 11th.

On June 7th, Apple will kick off the event with a keynote, at which the company will unveil iOS 15 as well as tech upgrades for the iPad, Mac, Apple TV, and Apple Watch. iOS 15 Best Things to Know.

The keynote address will begin at 10 a.m. Pacific.

During the keynote, Apple is expected to announce the iOS 15 beta.

Apple’s beta programs would enable developers and everyone else interested in testing out pre-release applications to check out iOS 15’s latest features before the official release. The iOS 15 beta will also assist Apple in identifying glitches and efficiency problems ahead of time.

The iOS 15 beta is expected to begin shortly after the keynote on June 7th, perhaps about 12 or 1 p.m. Pacific.

Many with a developer account should be able to download the iOS 15 beta shortly after the keynote, but those participating in Apple’s Beta Software Program will have to wait until late June or July.

While it might be enticing to try the iOS 15 beta on your iPhone, if you rely on your smartphone to get you through the day, you should avoid it.

When will iOS 15 be released?

After another event and keynote, the iOS 15 beta could last several months, resulting in an official release later in the fall.

Apple isn’t expected to announce a precise iOS 15 release date during WWDC 2021, but it’s likely to arrive in the fall, just about the same time as the company’s flagship iPhone 13 devices.

During the iPhone 13 launch event, iOS 15 will most likely make another appearance on stage, this time in official form, and Apple can announce the official release date.

Fresh iPhones still come with the most recent version of iOS, so when the 2021 versions hit store shelves this fall, they’ll be running iOS 15.

Is iOS 15 Coming to My Device?

Apple will not release iOS 15 for the iPhone SE, iPhone 6s, or iPhone 6s Plus, according to The Verifier, a site with a shaky track record. These statements are backed up by a second article from the French blog iPhoneSoft.

Nothing is official, and it won’t be until Apple hosts WWDC 2021, so if you buy one of these gadgets, it’s something to keep an eye on.

It’s worth noting that Apple continues to update new updates of iOS 12 with bug fixes. While the iPhone 5s, iPhone 6, and iPhone 6 Plus do not receive new features, they do receive bug fixes and security updates regularly.

If Apple decides to retain the iPhone SE, iPhone 6s, and iPhone 6s Plus on iOS 14, there’s a possibility they’ll get similar support.

Here are the systems that will be upgraded to iOS 15 if Apple chooses to remove these devices:

We’ll keep you updated as we hear more.

While we haven’t learned much about iOS 15, one source has highlighted some of the features that might be coming to iPhone and iPad.

We’ll keep this post updated as new material becomes available. In the coming weeks, we can learn a lot more about Apple’s plans for iOS 15.