Tensor is Google’s first custom chip, and it will power the Pixel 6 and 6 Pro 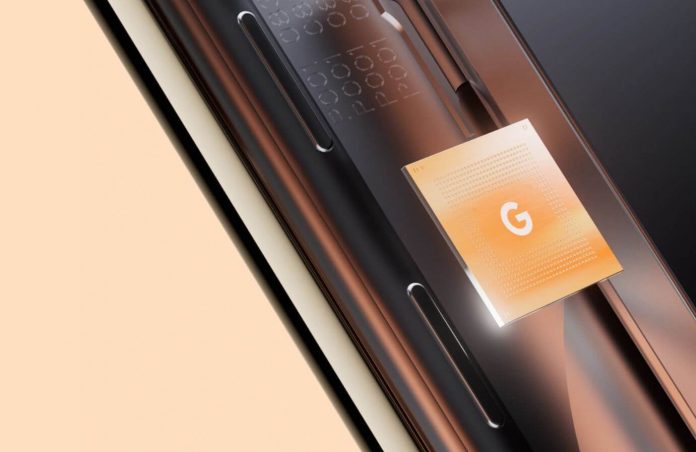 Google Tensor: The rumors are correct. For the forthcoming Pixel 6 series, Google has been developing its custom chipset. Whitechapel was the codename for the chipset, which was reported to be called the GS101 (Google Silicon). Surprisingly, the tech giant has finally revealed the name of its first mobile Processor, Google Tensor. It will arrive later this autumn on the Pixel 6 and 6 Pro, providing much-needed AI processing power to Google’s premium phones.

If you haven’t been living under a rock, you are aware that Qualcomm Snapdragon chipsets have previously powered Google’s Pixel phones. The Snapdragon 765G was used in last year’s Pixel 5 and Pixel 4a 5G smartphones. With the Pixel 6 series, however, this is no longer the case. Google is finally following Apple and Samsung’s lead and incorporating its Tensor processor into its flagship smartphone. It will allow the firm to provide you with a more robust experience as well as possible Android update support.

Google CEO Sundar Pichai stated in an official tweet that work on the Tensor custom SoC (system-on-a-chip) began almost four years ago. He even gave us a first glimpse at the chipset, complete with a paperclip for scale. The tweet is shown below.

So excited to share our new custom Google Tensor chip, which has been 4 yrs in the making (📎 for scale)! Tensor builds off of our 2 decades of computing experience and it’s our biggest innovation in Pixel to date. Will be on Pixel 6 + Pixel 6 Pro in fall. https://t.co/N95X6gFxLf pic.twitter.com/wHiEJRHJwy

I’m sure many of you are curious about the Google Tensor chipset’s specs. So far, the business has been tight-lipped about the CPU and GPU specifications, as well as who makes the chipset. But one thing is clear: the firm is putting a lot of emphasis on its next chipset’s AI capabilities.

In the past, Google’s AI and machine learning-powered technology was referred to as “Tensor.” It’s also the name of the company’s first mobile CPU. As a result, it should come as no surprise that the Pixel 6 and 6 Pro will have several new AI functions.

“The team that built our silicon wants to make Pixel even more capable,” said Rick Osterloh, SVP of Devices and Services at Google, in an official blog post. With Tensor, for example, we considered every component of the chip and tailored it to run Google’s computational photography models.” This implies improved Live HDR during video capture, as well as quicker on-device Live Captions and more.

So, Google is finally taking its mobile hardware seriously. The Google Tensor chipset will be used for the first time in the Pixel 6 and 6 Pro, which will be released later this autumn. It’ll be fascinating to see how it stacks up against the market’s top Snapdragon and Exynos chipsets. There’s still a lot we don’t know about this chipset, but we’ll find out in the coming days. So keep an eye out for additional details.