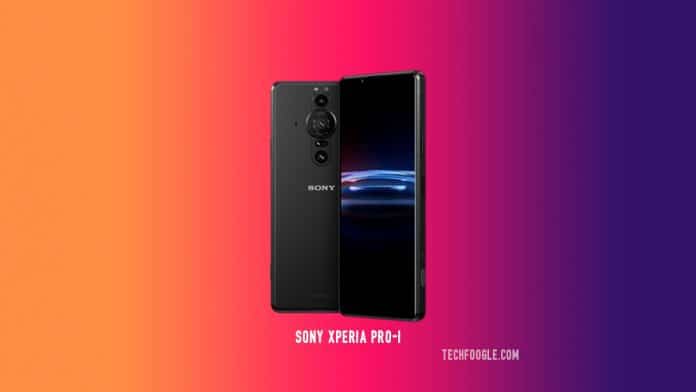 The Sony Xperia PRO-I, which has a 1-inch camera sensor and is powered by the Snapdragon 888 processor, was released for $1,800.

Sony is back with another Xperia smartphone after launching the Xperia 1 III and Xperia 5 III earlier this year. The Xperia PRO-I, on the other hand, is the company’s latest Xperia phone and is the successor to the Xperia Pro device that was revealed last year. It’s the first smartphone to include a 1.0-type Exmor RS image sensor with phase-detection autofocus. So, let’s have a look at the important specifications and features of Sony’s newest flagship smartphone.

Sony’s flagship smartphone, the Xperia PRO-I, has been Launched

To begin with, the Sony Xperia PRO-I has a design that is identical to that of its predecessors. The back camera module, on the other hand, distinguishes it from previous Xperia devices.

In terms of rear cameras, the 1.0-type Exmor RS image sensor found in Sony’s RX100 VII camera is the highlight of the current Sony Xperia PRO-I. Sony, on the other hand, claims that it has been tuned to fit in a smartphone and provide the finest shooting experience for hobbyists and on-the-go photographers. In addition, the smartphone features a dedicated shutter button for taking images.

According to Sony, the smartphone sports a triple camera configuration at the rear, with the primary 1.0-type Exmor RS CMOS sensor with a 2.4m pixel pitch offering great sensitivity and superb texture reproduction, especially in low-light situations. The 12MP lens sports an f/2.0 aperture and Zeiss Tessar Optics to provide photos with less distortion and more contrast.

Aside from that, there’s a 12MP ultra-wide lens with a 124-degree field of view and a 12MP telephoto lens. A 3D iToF (Time of Flight) sensor is also included to measure the distance between the camera and the subject, allowing for faster and more accurate auto-focus capabilities. To learn more about the Sony Xperia PRO-photography I’s capabilities, watch the official marketing video.

Moving on to the hardware, the Xperia PRO-I is equipped with Qualcomm’s flagship Snapdragon 888 processor. It has 12GB of RAM as well as 512GB of internal storage. A microSD card may be used to enhance storage by up to 1TB.

The Xperia PRO-I also comes with a large 4,500mAh battery that, according to Sony, can last a whole day on a single charge. Unlike many phones on the market today, it comes with a 30W power adaptor that can charge the smartphone up to 50% in 30 minutes.

Apart from that, the Xperia PRO-I has a 3.5mm audio connector that supports Sony’s LDAC and DSEE technologies for high-quality music. It also supports 5G networks and is water and dust resistant to IP68 standards. It comes with Android 11 pre-installed and is only available in black.

In terms of pricing, the Sony Xperia PRO-I costs $1,800 (Rs. 1,35,252) and comes with a high-end camera system and the world’s first 1.0-type Exmor RS lens. Pre-orders for the smartphone will begin on October 28, which is the day after tomorrow. The Smartphone, however, will be available for purchase in December of this year.